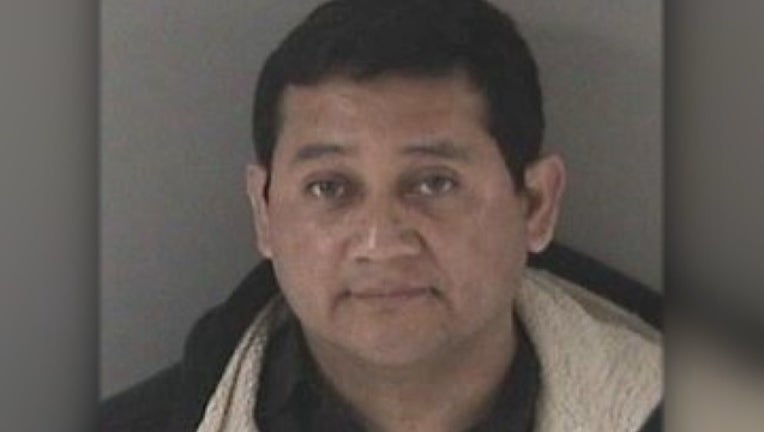 FREMONT, Calif. (BCN) -  A Catholic priest at a church in Fremont has been charged with 30 felony counts of lewd acts upon a child for allegedly molesting a boy over about 18 months in 2016 and 2017, Alameda County prosecutors said Tuesday.

Mendoza-Vela was set to appear in court for arraignment Tuesday afternoon in Dublin.

Last Thursday, sheriff's detectives learned of the allegations and contacted a boy who was 14 and 15 years old when the molestation occurred between June 2016 and December 2017, according to court documents.

The abuse occurred at the boy's home in unincorporated Hayward, an Alameda County sheriff's spokesman said.

During a pretext phone call to Mendoza-Vela by the boy that investigators were monitoring, he allegedly admitted to touching the boy inappropriately.

Detectives later went to the church in Fremont and arrested the priest, who confessed in an interview to touching the boy inappropriately. He also wrote the victim's family an apology letter, according to court documents.

Mendoza-Vela was parochial administrator at the church in Fremont, but Oakland Bishop Michael Barber wrote in a letter posted on the church's website that the defendant "may not present himself in public as a priest or engage in any priestly ministry" while the case is investigated.

Mendoza-Vela was born in El Salvador before coming to the U.S., where he is a legal resident, according to the Diocese of Oakland that oversees the churches where the priest served.