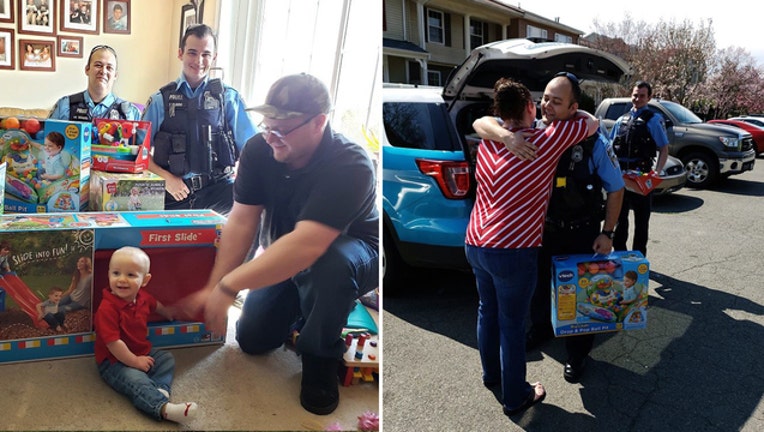 Officers with the Prince William County Police Department bought toys for little Wyatt's birthday after his gifts were stolen from his mother's vehicle.

DALE CITY, Va. (FOX 5 DC) - When officers in Prince William County learned a little boy’s birthday gifts had been stolen from his mother’s vehicle they quickly stepped up to make sure his big day went off without a hitch.

The Prince William County Police Department said Officer Richards responded to a home on Cloverdale Road in Dale City over the weekend for a larceny call.

When he arrived at the scene, a mother explained to Richards that someone had entered her vehicle overnight and stolen her son’s birthday presents.

The police department shared photos of Wyatt’s big day and his smile tells the story.