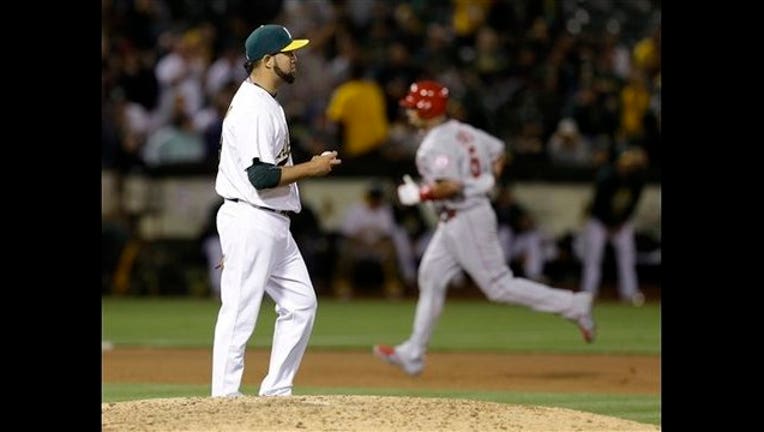 OAKLAND, Calif. (AP) -- Albert Pujols hit a grand slam to highlight an eight-run seventh inning and drove in five runs, and the Los Angeles Angels rallied from five runs down to beat the Oakland Athletics 12-7 on Friday night.

Pujols hit his 20th home run of the season and 12th this month on a 1-1 pitch from reliever Edward Mujica (2-2), who was activated from the disabled list before the game. It was the 540th career home run for the Angels' slugger and his 13th grand slam.

Johnny Giavotella drove in three runs for Los Angeles, which has won five of the last six games between the clubs.

Ben Zobrist and Stephen Vogt homered for the A's, who have lost two straight.

Fernando Salas (1-1) retired one batter for the win, the Angels' first in four games this season in which Oakland ace Sonny Gray has started.