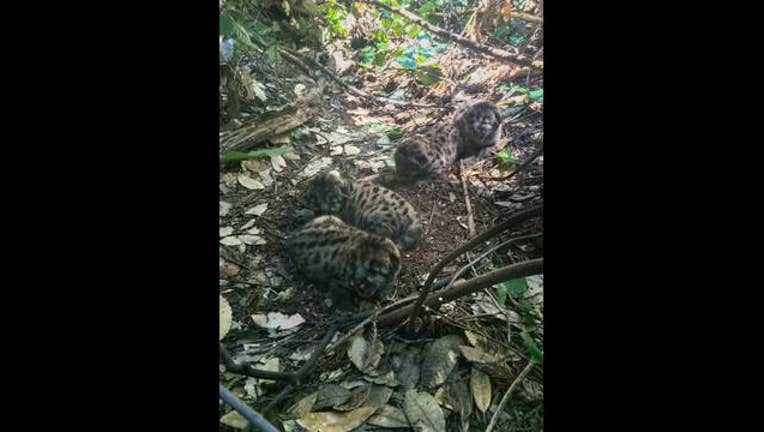 According to the Santa Cruz Puma Project, the kittens were stashed by their mom under some downed trees. The pumas blend in with their surroundings and were camoflauged in the woods.

The litter of four kittens was spotted in the woods on Wednesday.

The Santa Cruz Puma Project is tracking the kittens to learn more about puma reproduction, and how to best manage land for puma conservation," according to the group's Facebook page.