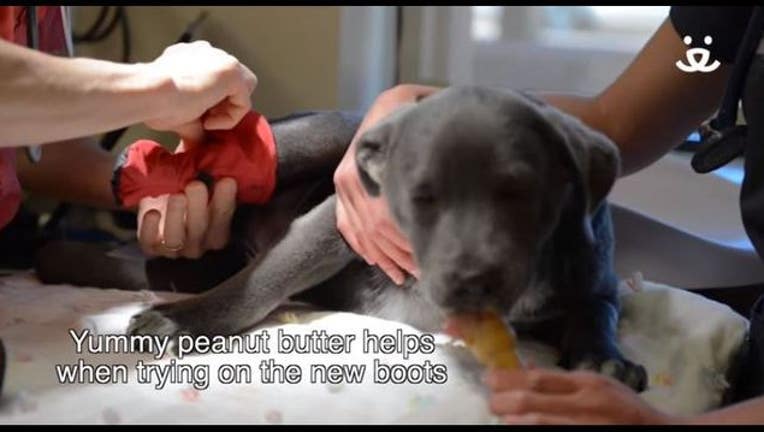 A puppy born without back feet is getting a new lease on life thanks to a rescue group and a special pair of boots.

According to the non-profit group Best Friends, Justin's mom died while giving birth. The pup was found under a house with his siblings.

Justin, along with the other pups, were bottle fed by the owner of the home before they were taken to the rescue group Pet Allies, which is located in Show Low, Arizona.

Since Justin doesn't have back feet it makes it hard for him to walk.

Luckily, he was able to visit a veterinarian to get some special boots.

He had to practice walking in the boots, and pretty soon, he was running and wagging his tail.