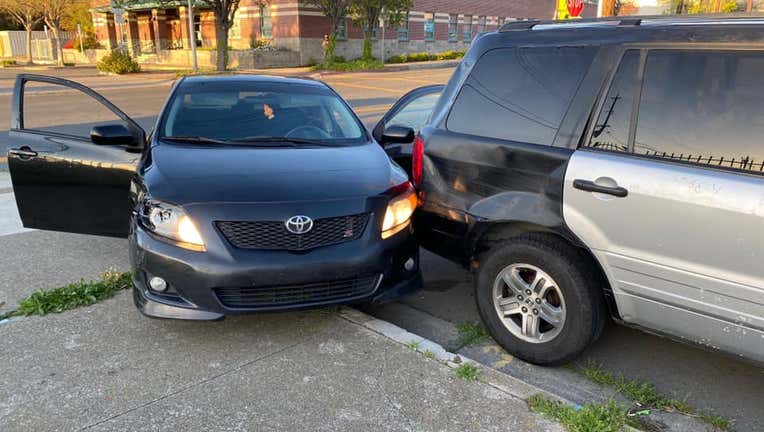 ANTIOCH, Calif. - One suspect in a police pursuit was arrested Saturday night, but a second suspect remains at large after shooting a family dog and breaking into an occupied home, Antioch police said.

The pursuit of a stolen vehicle around 6:30 p.m. led Oakley police to Antioch, where the suspects drove around the Costco and then downtown, along the way firing at least one round that struck a passing vehicle but did not injure the driver. 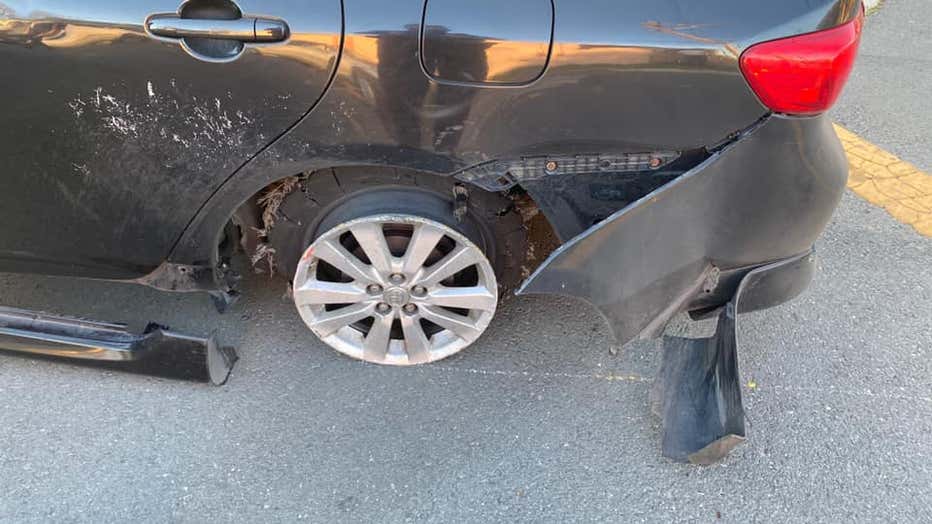 The driver crashed shortly after and both suspects in the car fled on foot.

Officers surrounded the area and captured the driver without incident with surveillance help from the Contra Costa County Sheriff's Department helicopter.

The second suspect fled into a residential area on West Third Street, jumping a fence into a back yard and shooting a dog that approached him.

The dog was taken to a veterinarian and was reported in stable condition. 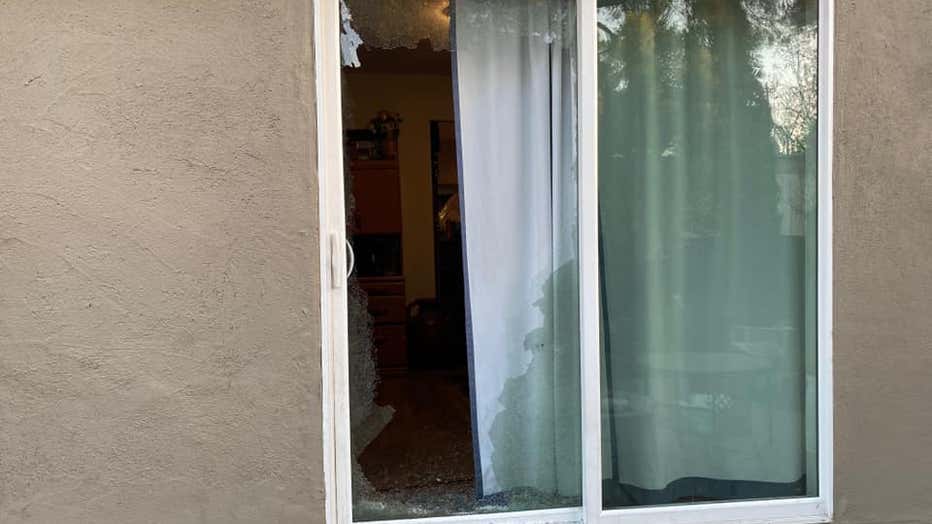 "He then attempted to gain entry into the house and eventually shot out the rear sliding glass door while the homeowner and his 14-year-old son were in the living room," police said in a news release. "They fled out the front window of the house and escaped unharmed while the suspect then ran upstairs and took vehicle keys and a green mechanic's coverall piece of clothing before fleeing yard-to-yard on foot towards K Street." 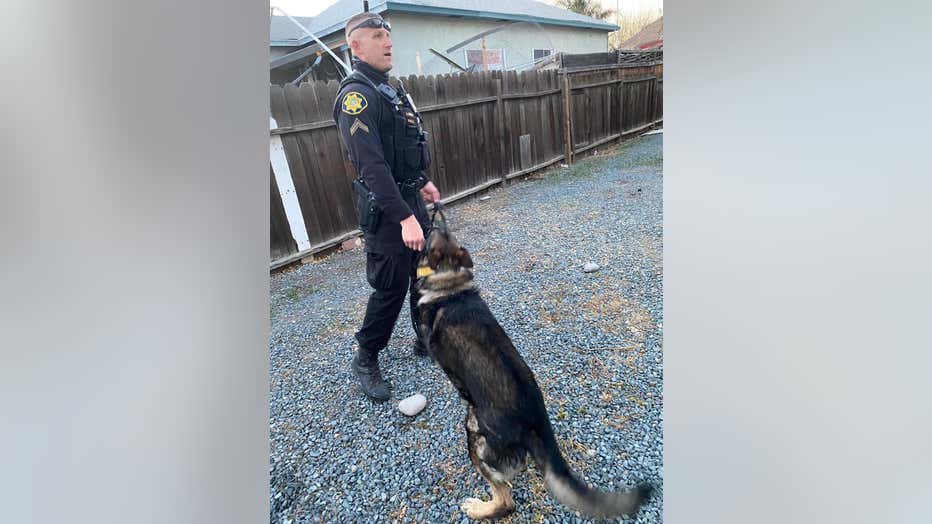 The outstanding suspect is described as a white or Hispanic man in his early 20's, about 5-foot-9, with a thin build and possibly wearing a green mechanic coverall-type garment. He was last seen in the area of West Third and K streets.