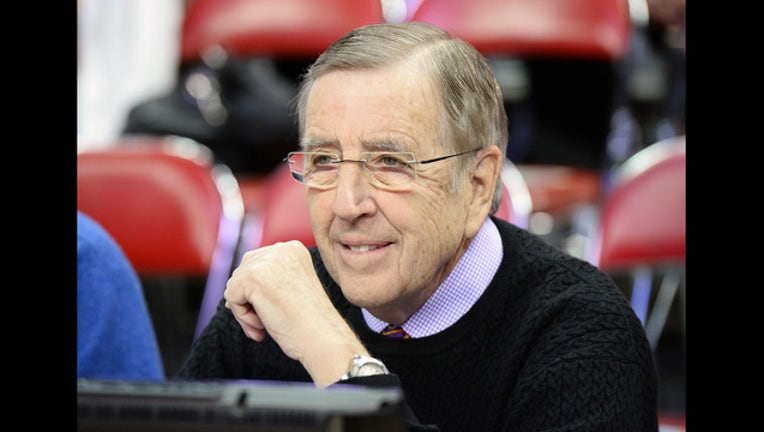 Longtime sports broadcaster, and current voice of the Raiders, posted a controversial tweet that was met with divided replies. (Photo by Ethan Miller/Getty Images)

Musburger, 79, a longtime national sports broadcaster in his first year with the Raiders, posted a photo of President Trump at a Montana rally that showed men in American Indian headdresses with the caption “Elizabeth Warren’s ‘relatives’ backing Trump in Montana!”

Sen. Warren says she is of Native American descent. The president, along with others, has repeatedly mocked the Massachusetts senator’s claim, even deriding Warren as “Pocahontas.” Native American leaders have called Trump’s past attacks on Warren offensive and distasteful.

KTVU reached out to the Raiders for a comment but did not receive a response.

Here’s a few examples of the reactions on Twitter.