Mud slides onto I-580 in Oakland

Caltrans crews were out in force on Interstate Highway 580 near Highway 13 in Oakland, shoveling away mud, which has slid down the hillside.

The Bay Area could expect up to three inches of rain, with flood warnings issued for several counties. Several car accidents were reported, as driving was impeded by hydroplaning vehicles and low visibility throughout the region.

Caltrans crews were out in force on Interstate Highway 580 near Highway 13 in Oakland, shoveling away mud, which has slid down the hillside.

Downtown San Francisco had received more than an inch of rain and Mount Tamalpais had more than 4 inches before dawn.

In San Ramon, the fire protection district said that just before 6 a.m., crews raced to the Big 5 on Crow Canyon Place after the store's roof collapsed by a buildup of leaves blocking the roof drainage system.

The Sierra could expect up to two feet of snow.

Meteorologists advised there could also be avalanches up in the back country of the mountains.

Roaring winds up to 70 mph were already whipping through parts of the Bay Area, including Mt. Diabolo in Contra Costa County.

Electricity was knocked out early Tuesday morning in Belmont on the Peninsula when a driver struck a tree, bringing down the power lines.

The winter storm warning is in effect through Wednesday morning, when it is expected to clear up – but then another round of storms are expected to hit late Wednesday night through New Year's Eve.

New Year's Day should be sunny. 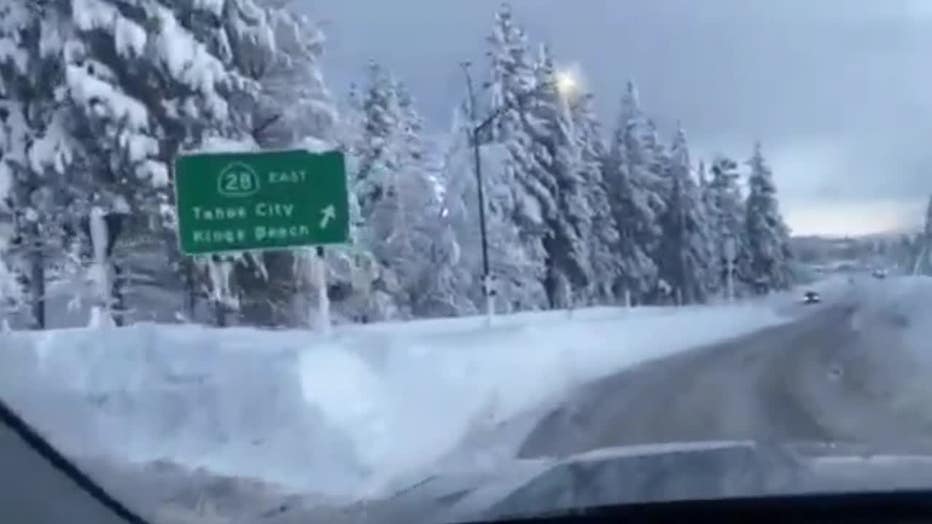 A snowstorm blanketed the Sierra two days after Christmas. 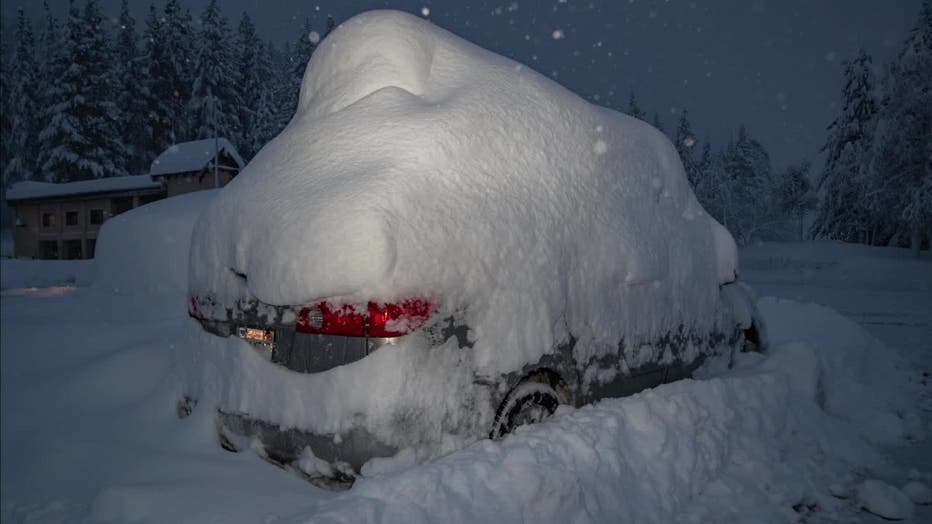 A car was covered in snow in the Sierra.

Heavy snow and avalanche conditions will permeate the Sierra this week.