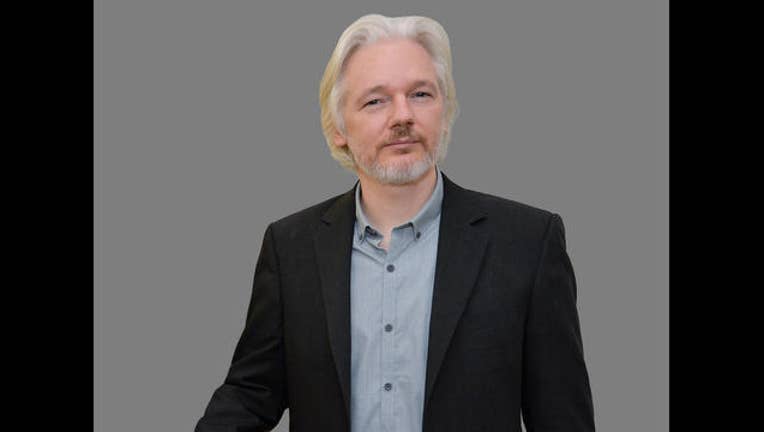 LONDON (AP) -- WikiLeaks founder Julian Assange no longer is the subject of an active rape investigation in Sweden, but he remains holed up in Ecuador's embassy in London facing an unclear future because of uncertainty over whether American authorities will try to get him handed over next.

Sweden's top prosecutor dropped a long-running inquiry into a rape claim against Assange on Friday, saying there was no way to detain or charge him "in the foreseeable future" because of his protected status inside the embassy.

Prosecutor Marianne Ny said she could not judge whether the 45-year-old Australian native was guilty or innocent because the investigation had been thwarted. Ny said the case could be reopened if Assange comes to Sweden before the statute of limitations expires in 2020.

British police said they would arrest Assange if he leaves the embassy on the relatively minor charge of jumping bail, but the more severe threat is a possible sealed U.S. indictment against him.

The sun-starved WikiLeaks provocateur, looking healthy if pale, emerged Friday afternoon to address the media in the open air of the embassy's balcony. He said the day marked an "important victory," but noted that he still could be prosecuted by the United States.

Assange also lashed out at Sweden for taking seven years to investigate allegations he maintained were baseless. His children had grown up without him, he said.

"That is not something I can forgive, or forget," he said, claiming he had suffered a "terrible injustice" while living under house arrest or hidden away inside the embassy without ever being charged with a crime.

Despite the welcome news from Sweden, police in London said Friday that Assange is still wanted there for jumping bail in 2012. More serious are the possible charges he faces in the United States for WikiLeaks' aggressive publication of thousands of pages of classified government documents.

Assange said his legal team would reach out to British authorities to try to find a way forward, and he said he would be "happy" to have a dialogue with the U.S. Department of Justice despite its threats against him.

WikiLeaks has repeatedly infuriated U.S. officials with the widespread release of sensitive secret documents related to military operations in Afghanistan and Iraq and diplomatic relations around the world.

WikiLeaks also had a role in the 2016 U.S. presidential campaign when it published emails written by Hillary Clinton's campaign officials.

U.S. and British officials Friday declined to say if the United States has requested Assange's extradition.

Ecuador's foreign minister, Guillaume Long, tweeted Friday that Britain "must now grant safe passage" to Assange. The South American country has granted him asylum, but it is not clear how Assange would travel there without the permission of British authorities.

Assange has spent nearly five years inside the Latin American country's London embassy, but he seemed robust and defiant in his brief balcony appearance. He did not take shouted questions from the reporters assembled outside and would not say if he plans to leave the embassy located in the posh Knightsbridge neighborhood.

The day began with the dramatic announcement in Sweden that the rape investigation was being suspended. But some experts said the development would put him in an even more precarious legal situation, if the U.S. has a sealed indictment for his arrest.

U.S. President Donald Trump said last month he would support any decision by the Justice Department to charge Assange.

Attorney General Jeff Sessions has suggested that the arrest of Assange could be an American priority, saying last month the U.S. was "stepping up our efforts on all leaks."

"We will seek to put some people in jail," Sessions said.

Army Pvt. Chelsea Manning served seven years in prison for giving classified material to WikiLeaks. She was freed Wednesday, having had her sentence commuted by former President Barack Obama before he left office.

British officials said they do not comment on individual extradition cases. British Prime Minister Theresa May said Friday that "any decision that is taken about U.K. action in relation to him (Assange) would be an operational matter for the police."

WikiLeaks complained about the lack of clarity in Assange's legal situation.

"UK refuses to confirm or deny whether it has already received a US extradition warrant for Julian Assange. Focus now moves to UK," the group tweeted.

His supporters believe the sex crime allegations that have bedeviled Assange for years were politically motivated. They surfaced after the women accused Assange of sexual misconduct during a visit to Stockholm in 2010.

A lawyer for the woman who alleged she was raped by Assange said "it's a scandal that a suspected rapist can avoid the judicial system and thus avoid a trial in court."

Elisabeth Massi Fritz says her client is shocked by the Swedish decision but added that "she can't change her view that Assange has exposed her to a rape."

There were initially two separate allegations being investigated, but one was dropped in 2015 because the statute of limitations ran out. The rape allegation, the more serious claim, remained under investigation. Prosecutors were trying to determine, among other things, if Assange had sex with the woman while she was asleep and without using a condom.

Assange has said the sex was consensual.

British police said that since Assange is now wanted for a "much less serious offense" than the original sex crimes claims, police "will provide a level of resourcing which is proportionate to that offense."

British police kept up a round-the-clock guard outside the embassy until December 2015, when the operation was scaled back partly because of the costs, which had exceeded 11 million pounds (over $17.5 million at the time).

Keyton reported from Stockholm. Jill Lawless in London, Eric Tucker in Washington and Jan M. Olsen in Copenhagen, Denmark, contributed to this story.