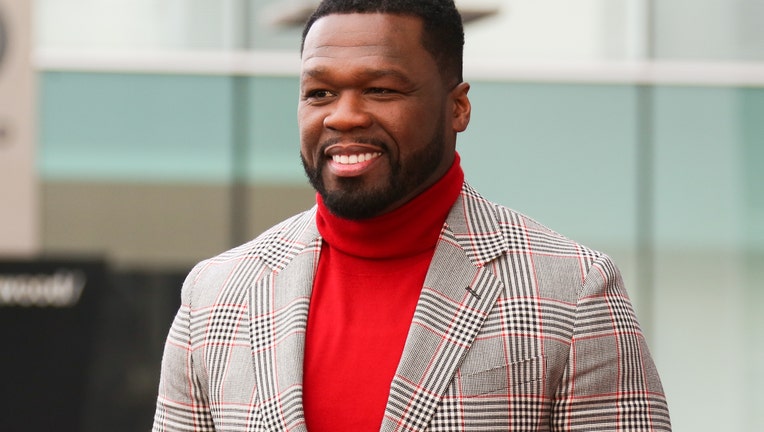 HOLLYWOOD, CALIFORNIA - JANUARY 30: Curtis "50 Cent" Jackson attends a ceremony honoring him with a star on the Hollywood Walk of Fame on January 30, 2020 in Hollywood, California. (Photo by Paul Archuleta/FilmMagic)

It appears 50 Cent knows who he's voting for.

The star shared an image from what appeared to be a news broadcast, displaying the "top tax rates by state under [the] Biden tax plan."

"WHAT THE F--K! (VOTE ForTRUMP) IM OUT," wrote Jackson in the caption. "F--K NEW YORK The KNICKS never win anyway. I don’t care Trump doesn’t like black people 62% are you out of ya f--king mind."

The post garnered a great deal of support for the incumbent candidate, though a handful of followers insisted the numbers applied only to "rich people."

Shortly after, he shared another post, seemingly to boast about his wealth.

"I just remembered i’m bankrupt, so i’m looking for a gracious loan can anyone help a brother out. LOL," he wrote alongside a photo of himself smiling.

He capped off the post by adding two hashtags to represent the alcohol brands he owns: "#bransoncognac #lecheminduroi."

Per Branson Cognac's website, a bottle of the liquor currently sells for between $49.99-$260 while prices of Le Chemin Du Roi does not list prices online.

Also an actor and businessman, Jackson was born in Queens and is worth at least $110 million, as Forbes reported in 2012.

50 Cent joins a long list of Trump supporters, including Kirstie Alley, who recently voiced support for the President, citing his lack of politics as reasoning for her backing.

"I’m voting for @realDonaldTrump because he’s NOT a politician. I voted for him 4 years ago for this reason and shall vote for him again for this reason," tweeted the actress on Saturday. "He gets things done quickly and he will turn the economy around quickly. There you have it folks there you have it."