Rapper T.I. says he accompanies his daughter to the gynecologist every year to ensure she’s a virgin

T.I. said in a new interview that he accompanies his daughter every year for her annual gynecological exam to ensure she is still a virgin.

(FOX News) - T.I. said in a new interview that he accompanies his daughter every year for her annual gynecological exam to ensure she is still a virgin.

The rapper, whose real name is Clifford Joseph Harris, Jr., made the bizarre admission on the "Ladies Like Us" podcast on Wednesday regarding his daughter, Deyjah Harris.

“I will say as of her 18th birthday, her hymen is still intact,” declared the 39-year-old.

“Deyjah’s 18, just graduated high school now and she’s attending her first year of college, figuring it out for herself,” explained the star. “And yes, not only have we had the conversation [about sex], we have yearly trips to the gynecologist to check her hymen.”

Podcast hosts Nazanin Mandi and Nadia Moham felt T.I. was joking, but he then went into more detail about their yearly visits to the doctor. 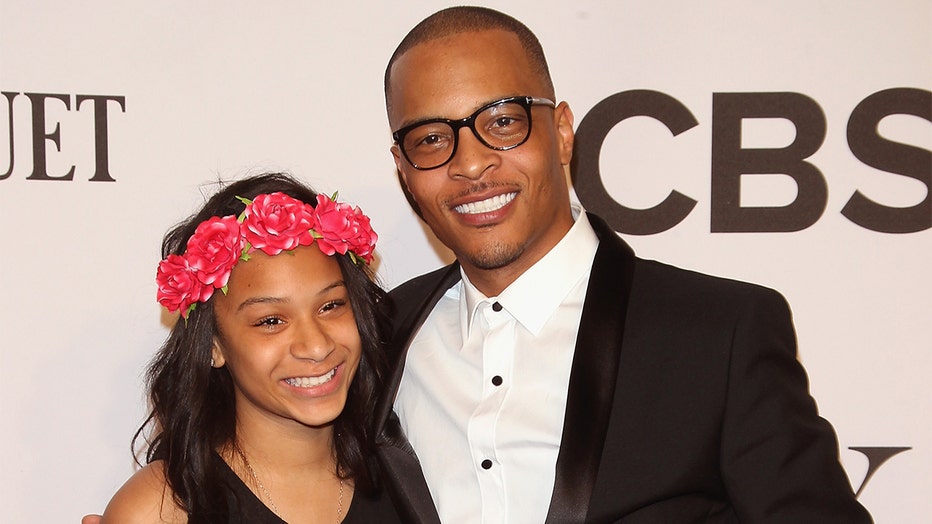 “So it’s this one time we go, I think this might have been after her 16th birthday,” said T.I. “This is what we do… Usually, like the day after the [birthday] party, she’s enjoying her gifts. I put a sticky note on the door: ‘Gyno. Tomorrow. 9:30.’”

“So we’ll go and sit down and the doctor will come and talk and the doctor’s maintaining a high level of professionalism,” he continued. “He’s like, ‘Well, you know sir, I have to, in order to share information’ — I’m like, ‘Deyjah, they want you to sign this… so we can share information. Is there anything you would not want me to know?’ ‘See doc? No problem.’”

(Under the Health Insurance Portability and Accountability Act - HIPPA - a patient's family members may obtain information regarding the patient if they have a waiver of medical confidentiality signed by the patient, according to the Mayo Clinic and the U.S. Department of Health & Human Services.)

Harris’ doctor even told the protective patriarch there are many other ways for a hymen to break besides sex and that many virgins no longer have hymens intact. However, T.I. wasn’t having it.

“So then they come and say, ‘Well, I just want you to know that there are other ways besides sex that the hymen can be broken, like bike riding, athletics, horseback riding, and just other forms of athletic physical activity,’” he recalled. “So I say, ‘Look doc, she don’t ride no horses, she don’t ride no bike, she don’t play no sports. Just check the hymen please and give me back my results expeditiously.'”

T.I. defended his actions, insisting he believes many people wish their parents had been more protective of them over the years.

“I think that most kids in hindsight, looking back, they always thank their parents for not allowing them to damage themselves as much as they could have,” he said.

T.I. also shared he’s not worried about guys attempting to woo his daughter despite the fact she’s an adult.

The hosts laughed hysterically throughout T.I.’s story, but also joked Harris is a “prisoner.”

However, the father of six has a different approach to parenting when it comes to his sons.

“I don’t want any of my children to have sex before it’s time for them, but who’s to say when it’s time?” he said, as reported by UK's Daily Mail. “However, I will definitely feel different about a boy than I will about a girl. And that’s just the God’s honest truth. I don’t think there’s any father out there who’ll tell you any different.”