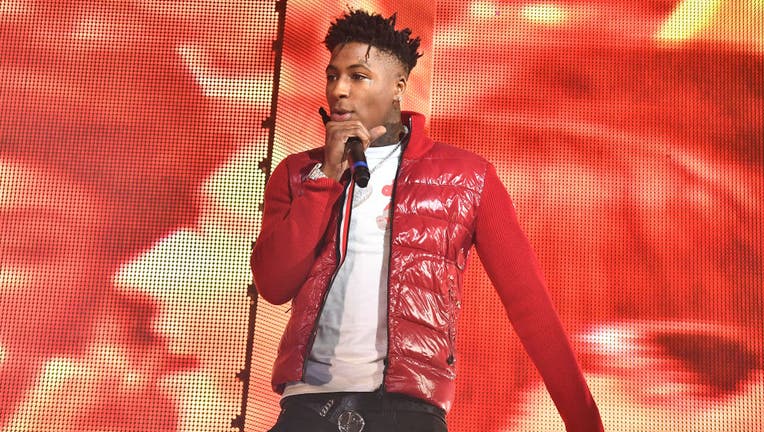 LOS ANGELES - Chart-topping Los Angeles-based rapper YoungBoy Never Broke Again has been found not guilty of a federal charge of being a felon in possession of a firearm.

YoungBoy, born Kentrell Gaulden, was arrested in March 2021 after a high-speed chase through Tarzana in which prosecutors allege a gun was recovered from the floorboard of his Mercedes.

The 22-year-old rapper is facing a similar charge in his native Louisiana.

Gaulden's lawyer told the jury his client didn't know the gun was in the car and panicked when police tried to pull him over.

If convicted of the federal charge of being a felon in possession of a firearm, the rapper would face a sentence of several years behind bars.

Police in Los Angeles had attempted to arrest Gaulden on a federal warrant issued in Louisiana for the charge of being a felon in possession of a firearm.

Prosecutors allege that after driving away from police in his car, the rapper abandoned the vehicle and ran. He was eventually found hiding in a stranger's backyard.

Law enforcement searched the car and found a .45-caliber semi-automatic pistol, ammunition, tens of thousands of dollars in cash and over half a million dollars' worth of jewelry, much of which was custom-made for the defendant and bore his personal rap logo, prosecutors allege.

Because of a prior felony conviction for aggravated assault with a firearm, Gaulden was prohibited from possessing the weapon.

The jury began discussions Thursday on the third day of trial in Los Angeles federal court.

The Baton Rouge, Louisiana, native has released more than a dozen singles, mixtapes and albums over the years. In 2019, Gaulden released the single "Bandit," which became his first Top 10 single. Shortly afterward, his "AI YoungBoy 2" mixtape debuted at No. 1 on the Billboard 200.