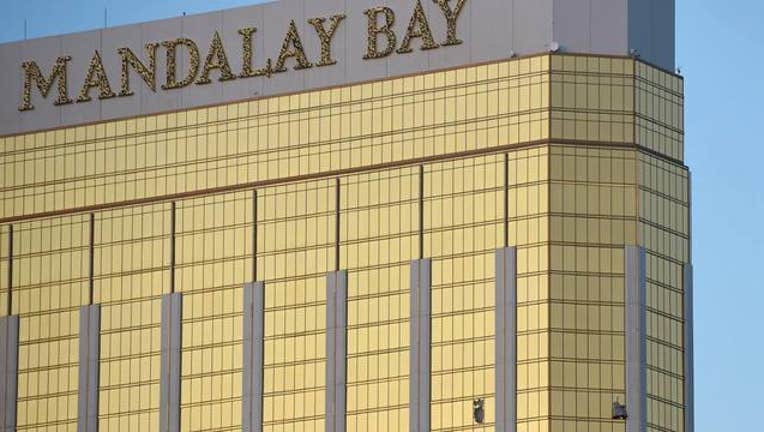 LAS VEGAS (AP) - FBI agents knew the gunman behind the deadliest mass shooting in modern U.S. history left behind big caches of guns, ammunition and explosives when they sought warrants to search his properties and online accounts, according to court documents released Friday.

However, new questions were raised after a U.S. judge in Nevada unsealed the documents revealing some of what federal agents had learned about shooter Stephen Paddock in the week after the Las Vegas attack.

The 315 pages of FBI affidavits provide just a glimpse of what investigators found during initial searches of Paddock's car and home after police found him dead late Oct. 1 in a hotel room at the Mandalay Bay resort. Girlfriend Marilou Danley's casino player rewards card was with him, although she was in the Philippines at the time.

The documents made public did not answer the key question: What motivated Paddock, a 64-year-old high-stakes gambler, to unleash gunfire from his room on the 32nd floor of the resort into an outdoor concert below. Paddock killed 58 people and injured hundreds more before killing himself.

Prosecutors didn't oppose the request for the records by media organizations, including The Associated Press. The affidavits were filed to get search warrants.

The records also did not say whether Danley knew in advance about Paddock's plans and why Paddock apparently emailed himself about buying and selling weapons and accessories.

Danley told investigators they would probably find her fingerprints on bullets because she sometimes helped Paddock load ammunition magazines.

An FBI agent told a judge in an Oct. 3 document that Danley wasn't arrested when she returned to the U.S.; she had provided a DNA sample to authorities, and she was cooperating with investigators.

Police and the FBI have described Danley as a person of interest in the case. FBI spokeswoman Sandra Breault in Las Vegas said late Friday she could not comment about Danley or the investigation

Las Vegas police Officer Aden OcampoGomez and Breault said Friday that they had no update about Paddock's motive. Both called it an ongoing investigation.

The records provided don't provide inventories of what was obtained from searches. Attorney Maggie McLetchie, representing AP and the Las Vegas Review-Journal, said she is still seeking those documents.

Investigators have said Paddock meticulously planned his attack and intentionally concealed his actions. He modified assault-style rifles to shoot rapidly, set up cameras to watch for police outside his hotel room and wounded a security guard in the hotel hallway.

Police and the FBI have said they found no evidence that Paddock had help carrying out the attack.

Paddock's three-bedroom house in a retirement community in Mesquite was searched twice - first by police and FBI agents in the hours immediately after Paddock was identified as the shooter.

The FBI returned to the house a week later for what officials at the time called "redocumenting and rechecking." Their warrant gave agents authority to search for "trace evidence" including blood and hair fibers.

Officers initially searched the hotel suite where Paddock opened fire and his vehicle after it was found parked in the casino parking structure. Lombardo said several pounds of ammonium nitrate, a material used to make explosives, was found in the car.

A document released Friday said more than 1,000 rounds of ammunition and 100 pounds (45.4 kilograms) of explosive material was found in the vehicle.

Other searches were conducted at a house the gunman owned in Reno, where agents found a red SUV and a neighbor reported that Paddock kept a safe the size of a refrigerator in the garage. Agents said their initial search found "a large quantity of ammunition and multiple firearms" on the property.

FBI agents returned to that house on Oct. 10 after local police determined someone had broken in days earlier.

U.S. District Judge Jennifer Dorsey allowed the government to keep one affidavit sealed pending a hearing before a Nevada state court judge on Tuesday about whether Las Vegas police search warrant documents should also be made public.