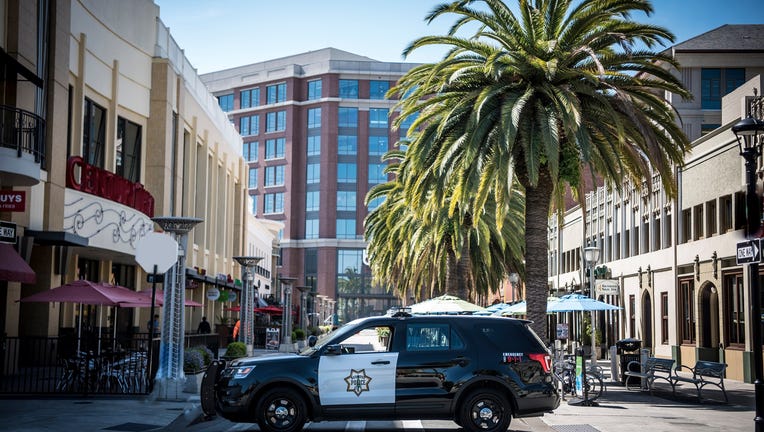 REDWOOD CITY, Calif. - A group of about two dozen Redwood City members met with the city manager and the vice mayor on Thursday to demand long-term and meaningful police reform.

Creating some form of independent police oversight was one of their top demands. They also called for establishing a form of emergency response where mental health care and social workers are dispatched to handle the majority of 911 calls

The group was formed in the wake of the George Floyd killings. A petition in the Peninsula city of fewer than 90,000 residents has garnered more than 2,000 signatures to enact some of these changes. The participants spoke over Zoom and attendees also include Vice Mayor Shelly Masur.

The dilemma of the good cop: Calling out wrongdoing can end an officer’s career

Dr. Amanda Doherty suggested creating a government-run independent police monitor's office where complaints against police would be investigated by someone who doesn't work for the department. She said her group liked how San Jose has set up its office and wanted the city to explore that option.

In a previous interview with KTVU, Police Chief Dan Mulholland, who did not attend the meeting, had many questions about what this type of oversight would mean. He wanted to know if the independent body would be advisory, have subpoena power, and if it would have the power to dictate the budget.

"It's important to work with the community," he acknowledged. "But if they have power over discipline and power, I don’t know that that’s necessary in the city of Redwood City. If you’re talking about advisory, where we listen, maybe that’s more realistic."

Dr. Chris Cahill also asked the city to consider adopting a program like the one in Eugene, Ore., called CAHOOTS, where medics and crisis workers respond to public safety calls instead of the police. He noted that in 24,000 calls in 2019, police only had to come as backup to 150 of them. He also cited an $8.5 million in cost savings a year using this model.

In addition to the formal requests, Kati Teague also brought up a recent KTVU article that exposed a long-running police culture in Redwood City where officers have said racist and homophobic things and exhibited bullying behavior over the years, with no or little repercussions. The group demanded more transparency from the police department, which City Manager Melissa Stevenson Diaz said she was working on, though she was unspecific about what that meant.

Current law in California only allows the release of police records if they fall under three categories: If an officer causes great bodily injury if he or she is found to have lied or had unwanted sexual relations with a citizen.

Diaz made no promises to the group, who asked to meet with her again in three weeks. However, she said that she is in a "deep listening" stage and that these issues are "top of mind" for her and her staff.

She said that while she hears the desires of the community, these changes all cost money and that the city, like others nationwide, is suffering economically because of the coronavirus shelter-in-place orders.

However, she said that she is working on these issues as the council is set to discuss the budget in October.