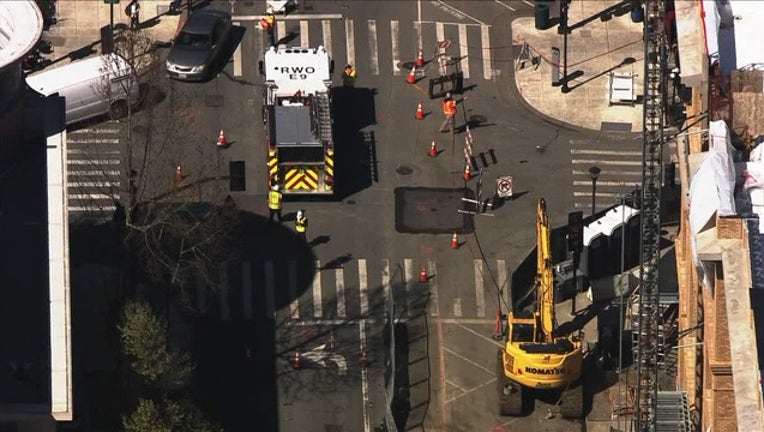 The leak was reported at 2075 Broadway shortly after 2 p.m. and officials tweeted the it was contained around 3:30 p.m.

Skyfox was above the scene of a construction site, but it's not clear what caused the leak or where it was coming from.