Hiker missing for 3 days shows up at own press conference

Video posted by the Tan Hill Inn shows hiker Harry Harvey being led into the pub by rescue officers and embraced by what appear to be emotional family members.

Skeletal remains found in Rocky Mountain National Park in Colorado are believed to be those of a 27-year-old from West Germany who went missing nearly 40 years ago, officials said.

Rudi Moder, who was described as an "experienced winter mountaineer," was last seen in February of 1983, according to a news release from the National Park Service.

Moder was originally from West Germany — the post-World War II name prior to the country’s reunification in 1990 — and living in Fort Collins, Colorado at the time. His roommate reported him missing on Feb. 19 after he did not return from a two-to-three night ski mountaineering trip over Thunder Pass and into the park, officials said.

A search operation began but the efforts were hampered by "over a foot of snow" that fell in the area, preventing rescuers from finding any possible tracks.

"A food cache belonging to Moder was found at the mouth of Box Canyon, in the northwest corner of the park. A snow cave, with Moder’s sleeping bag and other gear and items, was found near the food cache," National Park Service officials said, calling this "the only major clues" discovered at that time.

RELATED: British hiker, 80, missing for 3 days, shows up at own press conference 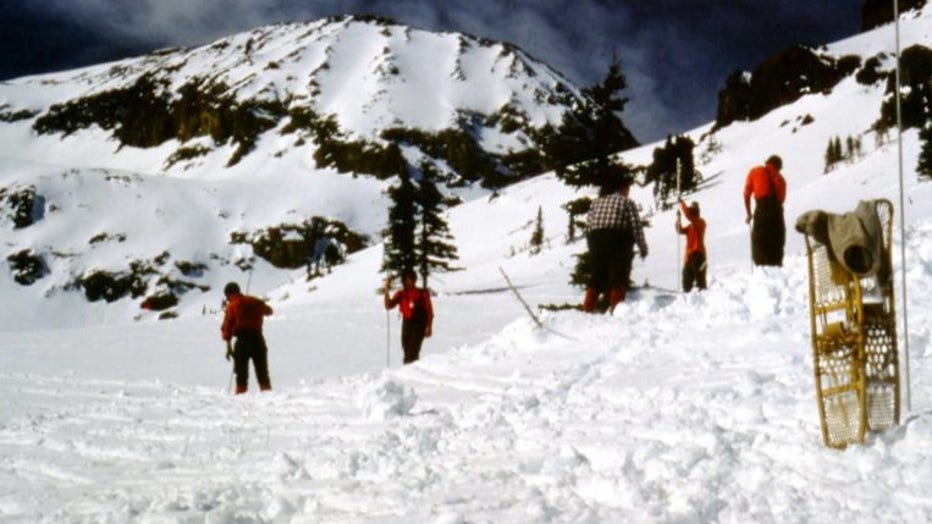 Crews focused mainly in the Box Canyon and Skeleton Gulch areas, including Mount Richthofen and in avalanche terrain, officials said. After four days of "extensive search efforts," it was ultimately called off on Feb. 23 — but some ground and air search efforts continued later that spring and summer.

Then, nearly 38 years later, a hiker discovered skeletal remains in the Skeleton Gulch area near avalanche debris in August of 2020. But officials couldn’t complete the investigation due to authorities shifting priorities to fight big wildfires in the area, as well as snow that later covered the high-elevation area.

Park officials returned in the summer of 2021 and found skis, poles and boots, along with remains of personal items believed to belong to Moder, according to the news release. The FBI Evidence Response Team assisted park rangers with the recovery of remains.

The Grand County Coroner's office attempted to confirm identification through dental records but the results were inconclusive.

"Officials have worked extensively with the German government for repatriation, family notification and dental record analysis," the news release states.

In September, the remains of an Idaho bow hunter were found after 53 years. Raymond Jones was 39 years old when he was last seen on Sept. 7, 1968, while bow hunting for mountain goats in central Idaho’s Lemhi County.

Another bow hunter who was looking for a shortcut found the remains and called the Lemhi County Sheriff’s Office to report the discovery. Officials noted that he had been in the same area where Jones disappeared half a century ago.