SAN DIEGO - Authorities on Friday recovered the bodies of nine people killed when a Marine landing craft sank in hundreds of feet of water off the Southern California coast, authorities said.

The remains of seven Marines and a Navy sailor were found after underwater salvage operations that followed the sinking on July 30. They will be flown to Dover Air Force Base in Delaware to be prepared for burial by mortuary affairs teams, according to a statement Friday night from the 1st Marine Expeditionary Force.

The remains “will then be released to their families in accordance with their wishes,” the statement said.

The amphibious vehicle sank in 385 feet of water as it headed back to a Navy ship after completing routine training, the military said. 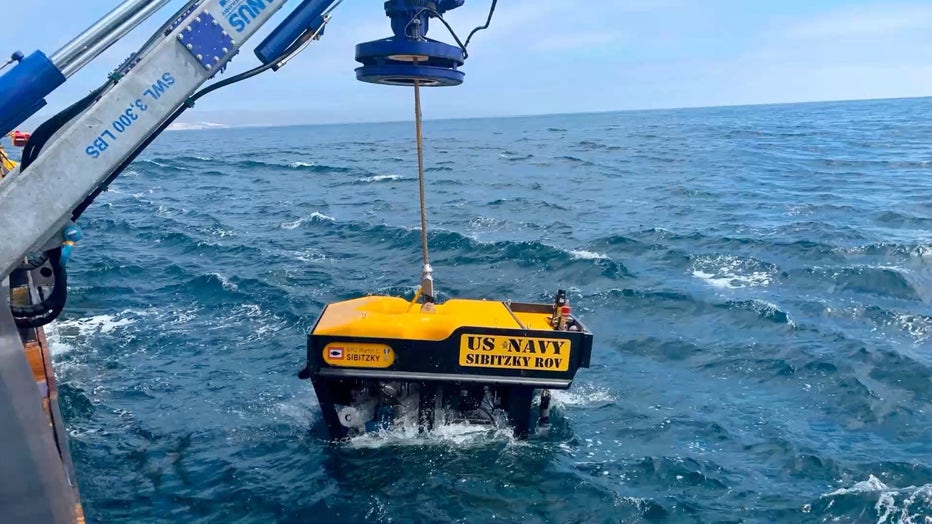 This handout photo courtesy of US Navy shows Undersea Rescue Command deploying the Sibitzky Remotely Operated Vehicle (ROV) from the deck of the Military Sealift Command-chartered merchant vessel HOS Dominator on August 3, 2020. Officials with the 15

The craft sank less than a mile from San Clemente Island off the coast of San Diego. A diving and salvage ship carrying special equipment arrived on Thursday and recovered the bodies and the vehicle, the military said.

Eight other people were rescued but one died at the scene. He was identified as Marine Lance Cpl. Guillermo S. Perez, 19, of New Braunfels, Texas. His body was flown to Dover Air Force Base on Wednesday.

“We hope the successful recovery of our fallen warriors brings some measure of comfort” to their families, said a statement from Col. Christopher Bronzi, commanding officer of the 15th Marine Expeditionary Unit.

The commandant of the Marine Corps has suspended all waterborne operations of its more than 800 amphibious assault vehicles until the cause of the accident is determined.