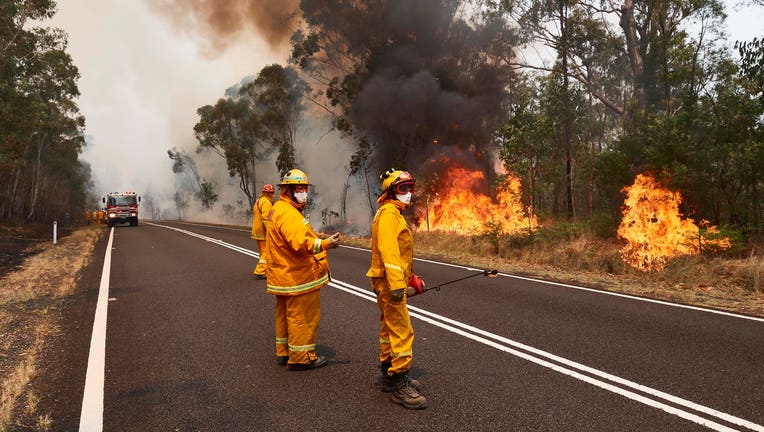 CFA Members work on controlled back burns along Putty Road on Nov. 14, 2019 in Sydney, Australia. (Photo by Brett Hemmings/Getty Images)

LOS ANGELES - Following an unprecedented series of wildfires across California, overtime costs for firefighters surged by 65% over the past decade, pushing annual wages to nearly $5 billion, according to a newspaper analysis published Sunday.

With overtime, firefighters are among the best-paid workers in California government, in some cases earning sums that rival their commanders, according to state payroll records cited by the Los Angeles Times. For example, in the city and county fire departments in Los Angeles, the number of firefighters earning more than $100,000 in overtime alone surged from 41 in 2011 to 1,085 last year. 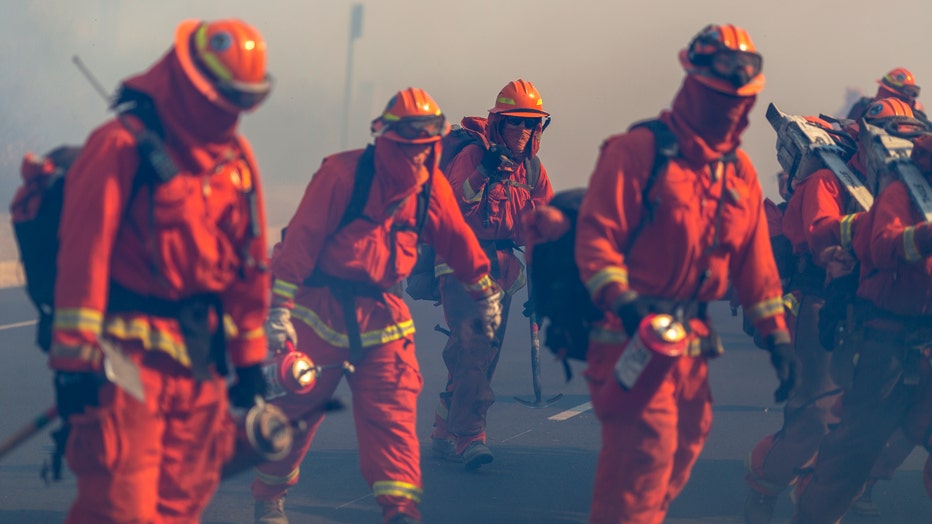 Eight years ago, only one fire official in Los Angeles earned a $300,000 salary, The Times’ analysis found. Last year, overtime fueled more than 200 salaries above that amount, and the premium pay now represents a third of the payroll for Los Angeles firefighters.

Despite the large paychecks, fire commanders and experts across the state argue that it’s often cheaper to pay the overtime than to hire more firefighters, once the cost of training and benefits for new employees are taken into account. But with increasing numbers of workers spending 24-hour shifts on the fire lines, there are growing concerns that the system is placing too much strain on government coffers — and on the firefighters themselves.

The overtime spending is further evidence of a statewide toll: Wildfires have destroyed thousands of homes, killed scores of residents and disrupted power supplies across large swaths of the state — and, increasingly, they are chewing through government budgets.

Last month, Los Angeles Controller Ron Galperin called for “better oversight and regulation” of overtime citywide, releasing an audit that included concerns about high pay for firefighters. One firefighter made $360,010 in overtime in one year alone, according to the audit.

For various reasons, some level of overtime is critical to operations at most fire agencies in California, experts say.

During the longer, 10-year period examined by The Times, spending at the California Department of Forestry and Fire Protection, known as Cal Fire, increased 142%. The department’s press office didn’t respond to requests for comment.

To understand the scale of overtime use across the state, The Times reviewed employee payroll data submitted to the California controller’s office by thousands of cities, counties and government districts. The records, submitted under a law requiring transparency in government payrolls, also include information about state workers.