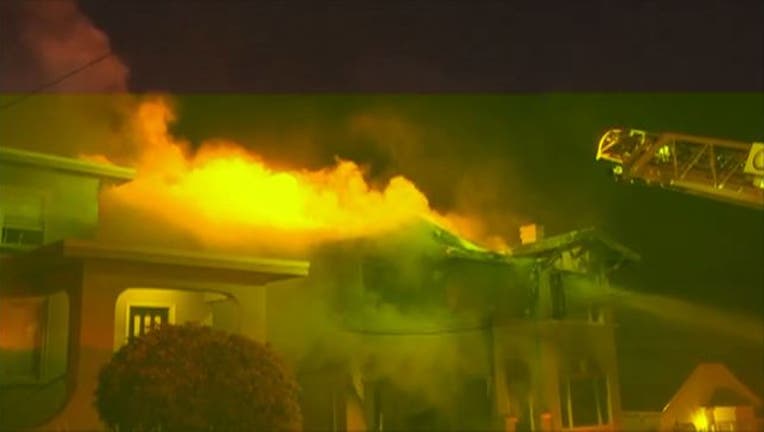 OAKLAND, Calif. (KTVU) – Six people scrambled to safety after they woke up Tuesday morning to flames and smoke inside their two-story Oakland home.

The blaze broke out after midnight on Montclair Avenue.

One resident says she and her boyfriend were woken up by a large explosion.

“He's like what is that, what's going on?  As he got up, opened the door... and then all over the sudden there was flames and smoke coming through the door into our bedroom," said Toni Mikulka.

She said they only had enough time to grab her cellphone and her boyfriend’s prized cello before running out of the house.

In the confusion of the moment, Mikulka’s neighbors did not realize that the couple had escaped and tried to brave the flames to rescue them.

Everyone in the homes made it out safely.

Firefighters say it appears that the fire started on the first floor, but the cause remains under investigation.

They were able to prevent it from spreading to other nearby homes.

The Red Cross is helping residents affected by the fire.