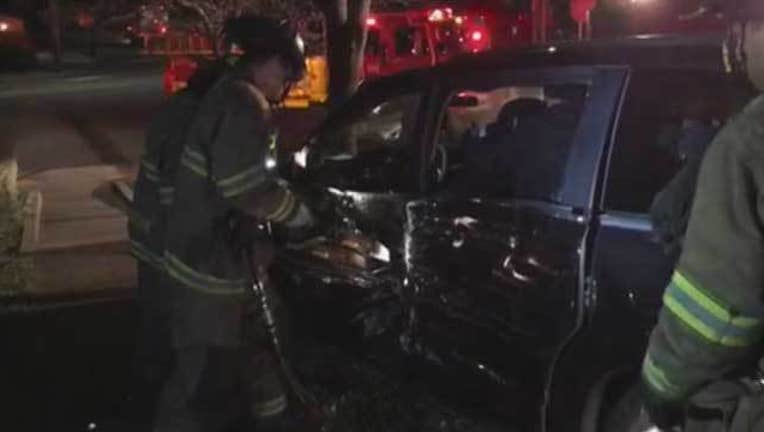 RICHMOND, Calif. (KTVU and wires) -- Richmond fire crews cut off the driver's side door of a vehicle to extricate a woman after her car struck several parked cars and came to rest against a tree this morning, according to police and fire officials.

Fire Capt. Rico Rincon said paramedics responded to the 5600 block of Burlingame Avenue just after 6 a.m. on a report of a solo vehicle crash.

Police Sgt. Nicole Abetkov said the 41-year-old Oakland driver may have been under the influence of drugs or alcohol when her car struck the parked cars.

The woman suffered minor injuries in the crash and was transported to a hospital, Rincon said.

The woman, whose name was not immediately available, may face criminal charges pending toxicology results and further investigation, Abetkov said.