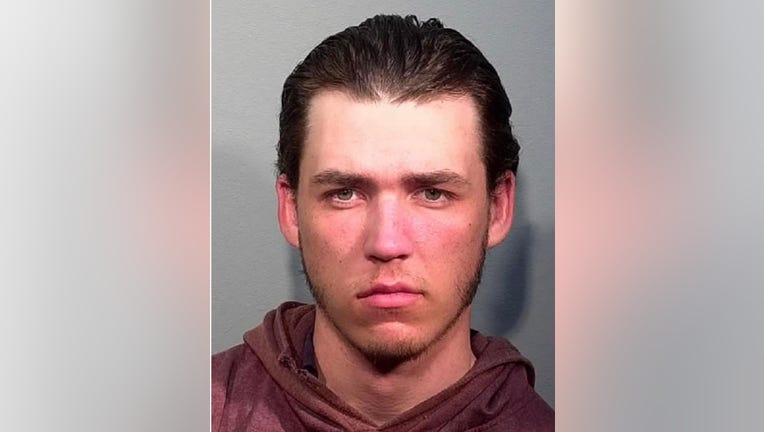 SANTA ROSA, Calif. - Sonoma County Sheriff's Office say a rideshare driver was stabbed and injured by a rider on Christmas Day in what they are calling a random act of violence. The sheriff's office has identified a suspect.

The driver, from an undisclosed rideshare app, picked up a passenger on the 1700 block of Yulupa Avenue in Santa Rosa at around 6 p.m., the sheriff's department said.

The sheriff's office said the driver drove the passenger to the entrance of Shiloh Ranch Regional Park, when the suspect stabbed the driver twice in the neck and once in the elbow.

After the suspect exited the car and left the scene, the driver managed to drive himself to a local hospital for treatment. Authorities say the driver is expected to survive.

Detectives have identified the suspect as Tristan Mathew Hardin, 19, Santa Rosa. Hardin is described as approximately 6’1" and 150 pounds with a thin build. He has longer dark brown hair, possibly with shaved sides, and green eyes.

Officials said he was last seen wearing a black baseball cap, black surgical mask, dark pants, and possibly a red plaid jacket. Sheriff's officials said he is known to frequently visit Cloverdale, Healdsburg, and Windsor. A photo of the suspect was issued by the sheriff's office.