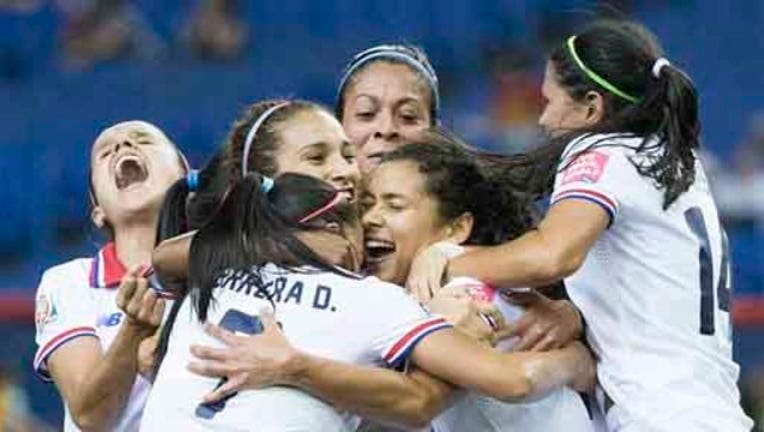 Raquel Rodriguez Cedeno's first-half goal gave Costa Rica a 1-1 draw against Spain at Montreal on Tuesday in the Women's World Cup debut for both countries.

Rodriguez scored in the 14th minute off a centering pass from Katherine Alvarado, one minute after Vicky Losada put Spain ahead.

Spain controlled the possession for much of the second half, with Jennifer Hermoso and Sonia Bermudez narrowly missing chances soon after halftime.

Losada had another late opportunity, but Costa Rica goalkeeper Dinnia Diaz saved a shot headed to the top left part of the goal.