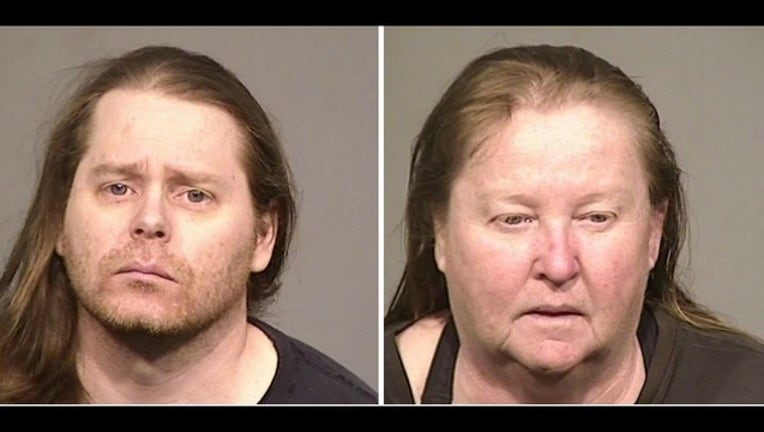 According to public safety officials, their investigation began after a manager of an apartment complex in the 4000 block of Snyder Lane reported that they suspected one of their apartments was being used for prostitution. They also reported that a neighbor had complained about men constantly coming and going from the apartment.

The apartment was rented by 37-year-old David Romesburg of Santa Rosa. Detectives learned that Santa Rosa police had also received complaints of prostitution activities at Romesburg's home on Alvarado Avenue in Santa Rosa, where he lived with his mother, 59-year-old Fay Romesburg, and several women who were possibly prostitutes, public safety officials said.

Detectives obtained search warrants for the Romesburgs' Rohnert Park apartment, Santa Rosa home and a business called Black Cat Industries on Southwest Boulevard in Rohnert Park that the suspects were about to open as a gaming and karaoke studio.

On Friday, an undercover officer made an appointment for a massage at the Rohnert Park apartment. There, he met the 19-year-old woman from the ad and she allegedly offered him sex in exchange for money, public safety officials said. She was then detained.

Officers then served a warrant at the Romesburgs' Santa Rosa home where they contacted the suspects and several suspected prostitutes. The women allegedly told detectives that the Romesburgs recruited them for prostitution.

The women told detectives that David Romesburg would post the ads online and respond to inquiries, then direct the women to meet clients. The women also said they had to pay the Romesburgs a portion of their proceeds, according to public safety officials.

One woman told detectives that David Romesburg would not allow her to leave the business until she paid off her debt to him. Another woman said he wouldn't allow them to have money for certain basic needs unless they had sex with him, public safety officials said.