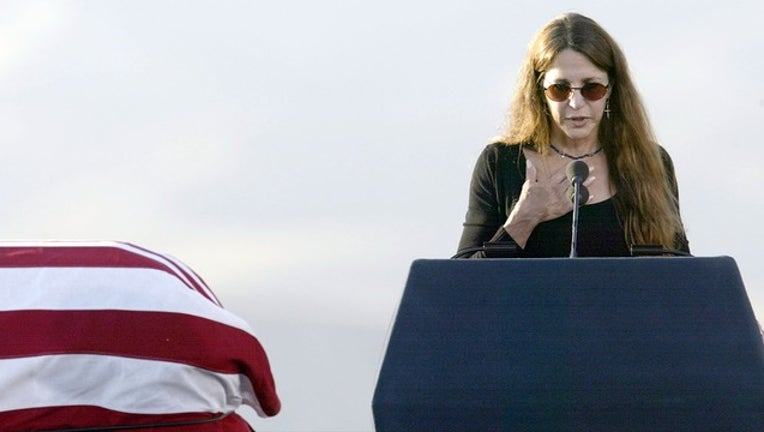 Patti Davis, daughter of former US President Ronald Reagan, at the funeral service for the former president on June 11, 2004 in California. Reagan died of pneumonia due to complications with Alzheimer's at age 93. (Photo by David McNew/Getty Images)

FOX NEWS - Patti Davis, the daughter of former President Ronald Reagan, sharply criticized President Trump in an interview on Tuesday, accusing the president of using fear to divide the country and “assaulting the constitution.”

Trump’s “Make America Great Again” slogan, which her father coined during his presidency, has taken on a completely different meaning, Davis said in an interview on the Yahoo News show “Through Her Eyes.”

"What it seems to mean now is let’s make America white again and racist again and small-minded," she said.

Her father, she said, wanted America to be the best it could be. “I think he would be heartbroken because he loved this country a lot and he believed in this country,” she added.