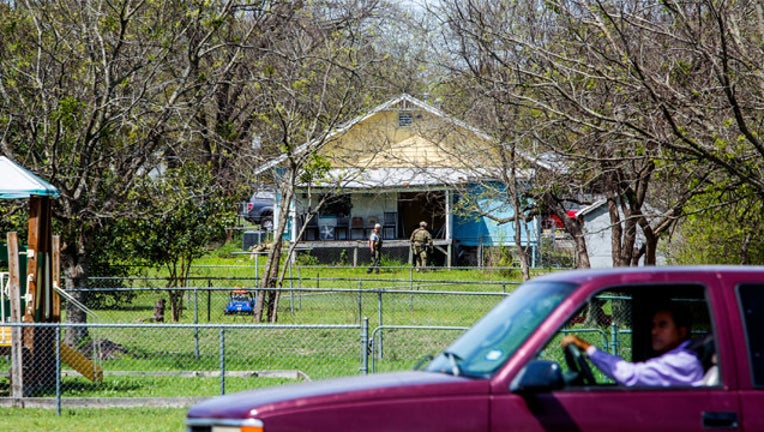 Law enforcement search the home of suspected Austin bomber on March 21, 2018 in Pflugerville, Texas.T he 24-year-old Conditt blew himself up inside the SUV he was driving as police tried to take him into custody. (Photo by Drew Anthony Smith/Getty)

UPDATE: The second roommate that was questioned has been released, according to the Austin Police Department. Their names are not being released because they are not under arrest at this time.

The roommates of the suspected Austin serial bomber have been detained and questioned by authorities, according to the Austin Police Department. One roommate was, detained, questioned and released already. The other is currently being questioned by investigators.

Authorities will not be releasing their names because they are not under arrest at this time.

According to officials, 23-year-old bombing suspect Mark Conditt of Pflugerville, Texas blew himself up overnight as a SWAT team closed in on him. His motives for the bombings remain unknown.

There have been multiple explosions since March 2 that killed two people and wounded four others.

A package bomb exploded at an East Austin home on March 2, killing 39-year-old Anthony Stephan House. Then, on Monday, March 5, package bombs at two addresses in other parts of the city exploded, killing a 17-year-old, wounding his mother and injuring a 75 year-old Esperanza Herrera.

Read What we know about the Austin bombing suspect

On Sunday, two victims were walking alongside a road in southwest Austin when they activated a device with a trip wire. ATF said the explosive device was attached to some sort of sign.