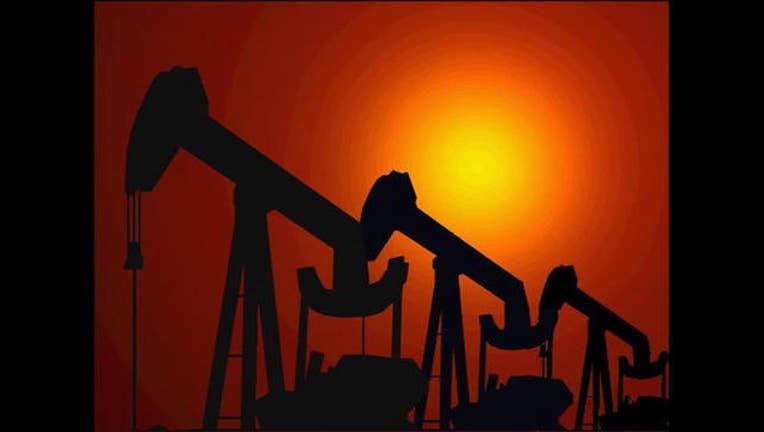 DUBAI, United Arab Emirates (AP) -- Oil powerhouses Russia and Saudi Arabia joined Qatar and Venezuela in pledging Tuesday to cap their crude output if other producers do the same, aiming to halt a slide that has pushed oil prices to their lowest point in more than a decade.

The decision followed an unexpected closed-door meeting involving the four countries in the Qatari capital, Doha, and reflects growing concern among big producers about the effects the slump poses to their domestic economies.

Russian Energy Minister Alexander Novak said in a statement issued after the meeting that the four countries would be ready to cap production based on last month's output levels if others join.

"We are ready to maintain on average in 2016 the level of oil production of January 2016 and not exceed it," he said in a subsequent statement.

Whether the plan is enough to put a floor under prices is uncertain. The proposal depends on cooperation from a range of producers with differing budget priorities all scrambling for market share since prices began falling in summer 2014.

Among the hardest to bring on board will likely be Iran. It was noticeably absent from Tuesday's gathering even though it shares control of a major underwater natural gas field with fellow OPEC member Qatar.

Iran is eager to ramp up its exports now that sanctions related to its nuclear program have been lifted, saying recently it aims to put another 500,000 barrels a day on the market. Figures from the International Energy Agency show it pumped 2.9 million barrels daily in December, before sanctions were lifted.

Iran's petroleum minister, Bijar Namdar Zangeneh, signaled the Islamic Republic has no intention of giving up its share of the market. He acknowledged that global markets are "oversupplied," but said Iran "will not overlook its quota," according to comments carried by his ministry's Shana news service.

Venezuelan Oil Minister Eulogio Del Pino heads to Tehran next for talks with his Iranian and Iraqi counterparts Wednesday.

"The key OPEC members that need to take part are Iran and Iraq, where the big increases are likely this year, but there are big doubts over whether this can be achieved," Barclays analysts Miswin Mahesh and Kevin Norrish said in a research note.

Efforts to make the plan work are complicated by deep levels of distrust between regional rivals Saudi Arabia and Iran, which has built close ties to Iraq's government in the years since the 2003 U.S.-led invasion.

The two countries are in opposing camps in regional disputes from Yemen to Syria. Last month, Sunni-ruled Saudi Arabia cut diplomatic ties with Shiite powerhouse Iran after the Saudi embassy and a consulate were torched by Iranian protesters angry over the kingdom's execution of a prominent Shiite cleric.

Speaking to reporters after the meeting, Saudi Oil Minister Ali Naimi said producers would continue to assess the state of the market in the months ahead. He described freezing output at January levels as an "adequate" step for now.

All of the countries at Tuesday's meeting except Russia are part of OPEC. Saudi Arabia dominates policy-making within the 13-member bloc of oil producing countries, which has refused to cut its official production targets. Doing so could bolster faltering prices.

The aim of OPEC's keep-pumping strategy has been to attempt to ride out the 12-year lows in prices and force higher-cost producers, including shale drillers in the U.S., out of the market.

The bloc collectively pumped 39 million barrels of crude and natural gas liquids a day in December, or about two out of every five barrels globally. Russia pumps around 11 million barrels a day.

Analysts at London-based Capital Economics were skeptical of Tuesday's announcement, saying that even without a deal Saudi Arabia and Russia -- which along with the U.S. are by far the world's biggest producers -- would have been unlikely to boost production further.

"For the deal to have any teeth, Saudi Arabia in particular needs to be willing to cut output, not least to offset the increased supply still to come from Iran," said the analysts, Julian Jessop and Thomas Pugh.

Traders seemed less than impressed too. After rising soon after the meeting, a barrel of benchmark New York crude then fell 40 cents to close at $29.04 in New York. A barrel of Brent, the international standard, fell $1.21 to $32.18.