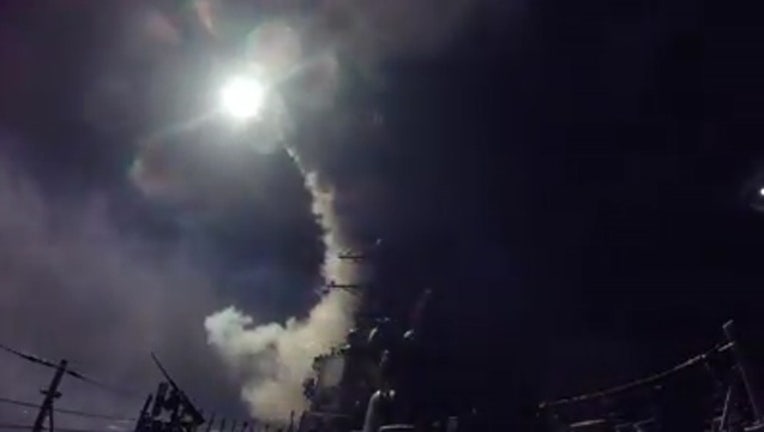 (FOX NEWS) - A Russian warship entered the eastern Mediterranean Friday and was heading toward the area where two U.S. Navy destroyers launched missile strikes into Syria, Fox News has learned.

The Russian frigate, Admiral Grigorovich RFS-494, crossed through the Bosphorus Strait “a few hours ago” from the Black Sea, according to a U.S. defense official.

The Russian warship is now in the eastern Mediterranean steaming in the direction of the U.S. warships.

The Admiral Grigorovich is armed with advanced Kalibr cruise missiles.