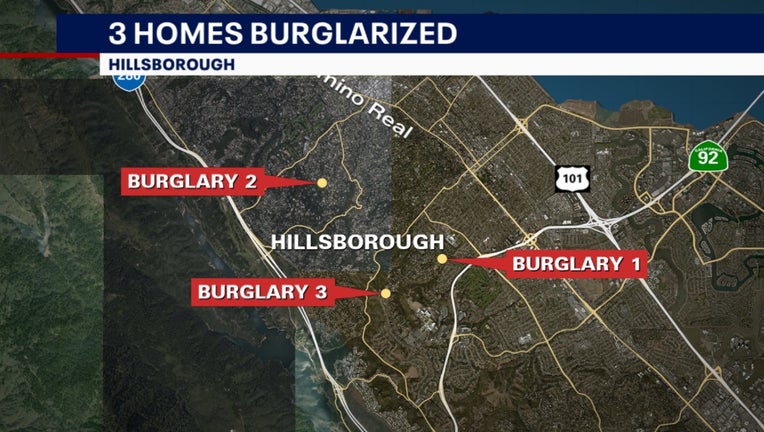 HILLSBOROUGH, Calif. - Police in Hillsborough are investigating three residential burglaries reported Friday night and Saturday - all apparently marked by suspects breaking the glass of a rear sliding door or window on the first floor.

In all cases, the residents were not home when the break-ins occurred. In some of the cases, the homes had no lights on, which may have given burglars the impression the houses were vacant or unoccupied.

Police said evidence links these burglaries to the same suspects, but did not elaborate on that evidence.

Residential security camera footage is helping officers in at least one of the break-ins, and police said they are reviewing the images and sharing this information with other police departments, as similar break-ins are plaguing cities throughout the Bay Area.

Hillsborough police have increased both marked- and unmarked-car patrols specifically for burglary suppression.