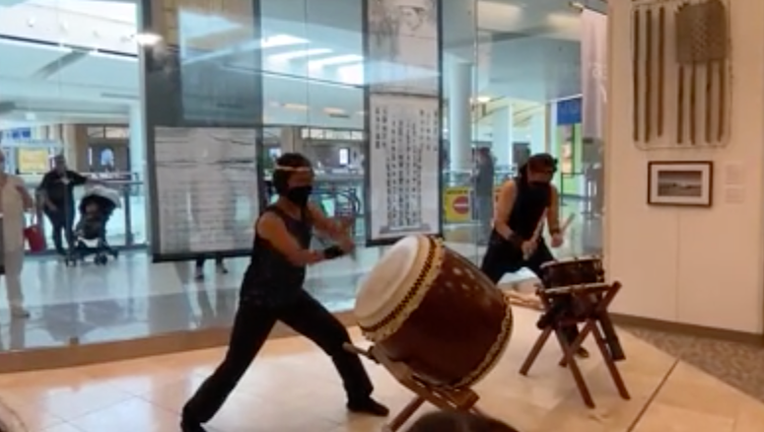 Featuring creative video, prints, paintings, mixed media pieces and installation works from descendant artists themselves, the exhibit honors the legacy of the incarceration of Japanese Americans during WWII.

President Franklin D. Roosevelt signed an executive order 80 years ago that forced the incarceration of Japanese Americans into concentration camps. Spotlighting poor housing, food and medical care, "Sansei Granddaughters' Journey: From Remembrance to Resistance" aims to unveil the dreadful conditions in which Japanese Americans were forced into.

"The injustice of our government incarcerating innocent men, women, and children based on greed, fear, and racial prejudice, resulting in the loss of life, homes, businesses, trust, and self-esteem, is deplorable," said participating artist Reiko Fujii in a statement.

AZ Gallery is located at the Shops at Tanforan in San Bruno, on the land of the former temporary Tanforan detention center and Tanforan Racetrack.

The exhibit will screen the 2020 film "Sansei Granddaughters' Journey" on August 14, documenting the five artist' experience visiting the WWII Manzanar camp in 2018. The screening will be followed by a facilitated discussion.

"I am adamant about chronicling their stories so that they are a recorded part of American history and that these people’s experiences are not forgotten," Fujii said.