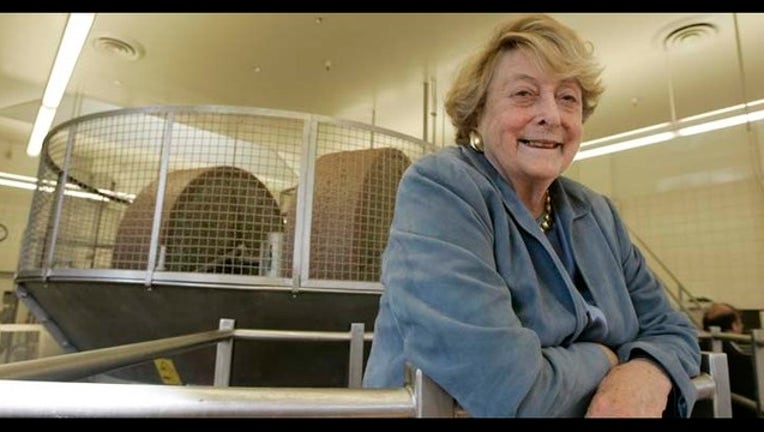 SAN FRANCISCO (AP) — Nan Tucker McEvoy, the last member of the San Francisco Chronicle's founding family to head the newspaper, died Thursday after a long convalescence. She was 95.

The Chronicle reported  that McEvoy — who had also been a prominent olive oil producer — died peacefully at home in San Francisco.

The granddaughter of M.H. de Young, founder of the Chronicle, McEvoy was the longtime chair of the board of Chronicle Publishing, which included the morning daily and other media holdings.

After the company was sold in 1999, she turned her energy to olive ranching.

She was committed to public service and philanthropy and served as a board member of the University of California, San Francisco Foundation, the Fine Arts Museums of San Francisco and the San Francisco Symphony, among other organizations.