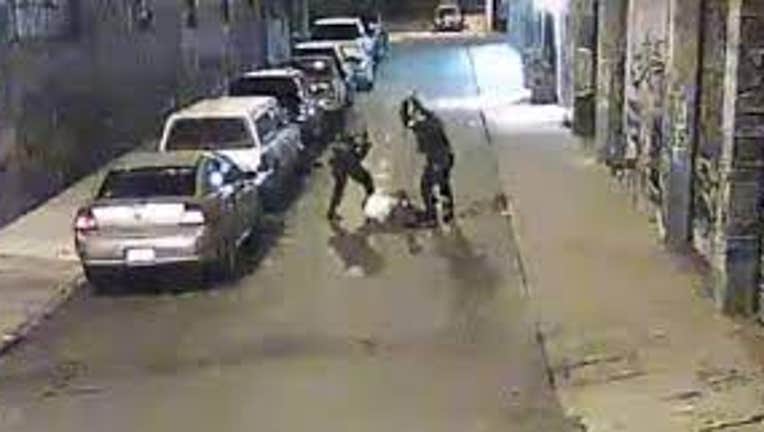 SAN FRANCISCO - The San Francisco District Attorney on Thursday announced the refiling of charges against two former Alameda County Sheriff’s deputies for the 2015 beating of robbery suspect Stanislov Petrov, which was captured on surveillance video from an alleyway.

Efforts to reach the attorneys for Luis Santamaria and Paul Wieber were not immediately successful. A spokesman for the Sheriff's Office simply said that the pair no longer work for the department.

In a prior interview, however, police attorney Michael Rains said the real reason the case was dropped was because it changed prosecutors' hands many times, and that the DA's office just wasn't ready.

Rains also said the case is weak and that the deputies acted properly, thinking Petrov was armed.

Both Santamaria and Wieber are scheduled to be arraigned on Thursday afternoon.

Both former deputies previously had been charged by former DA George Gascon in May 2016 and they pleaded not guilty at the time. The case has taken so long because of technical issues, the coronavirus pandemic and because they waived their right to a speedy trial. The statute of limitations on charging this case is also approaching its deadline. 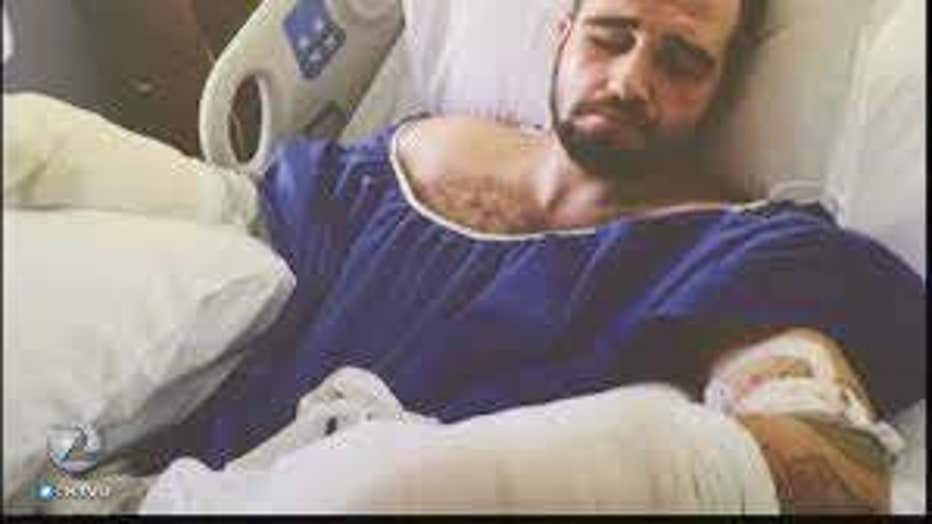 The District Attorney’s Office’s Independent Investigation Bureau is charging both deputies with felonies that include assault by a public officer, battery with serious bodily injury, assault with a deadly weapon and several enhancements for great bodily injury and use of a weapon.

The charges stem from Nov. 12, 2015, when Santamaria and Wieber pursued Petrov in a high-speed chase from Alameda County, across the Bay Bridge, and onto the streets of San Francisco. They were chasing him because they thought he stole a Mercedes.

The chase ended in Stevenson Alley, where the deputies chased Petrov on foot.

As Petrov slowed down and raised his hands to surrender, prosecutors allege that Santamaria and Wieber tackled him on street and beat him with their fists and batons.

Fired Alameda County sheriff's deputies Luis Santamaria and Paul Wieber are no longer awaiting trial on charges they beat Stanislav Petrov after chasing him to a San Francisco alley back in 2015.

A private surveillance camera captured the beating in the alley, showing the deputies striking Petrov over 30 times on his head, hands, body, and legs with their batons.  The video was first made public by the late San Francisco Public Defender Jeff Adachi.

It wasn't immediately clear where Petrov is now. The year he won the settlement, he was in federal custody awaiting trial on weapons and drug charges. He was arrested in a FBI raid at his San Francisco home in March 2016, four months after his confrontation with Alameda County deputies.

A third deputy, Shawn Osborne, was fired for allegedly stealing a gold chain from Petrov and using it to bribe two homeless people who witnessed the beating.

The case was close to proceeding to trial in March of 2020, but a key prosecution expert witness became unavailable for medical reasons, according to DA Chesa Boudin, and the court denied the prosecution’s request for a continuance.

As a result, the prosecution moved for a "first dismissal," which allows a felony case to be refiled.

All original charges have now been refiled.

This is the fourth case Boudin has brought against a police officer since he took office.