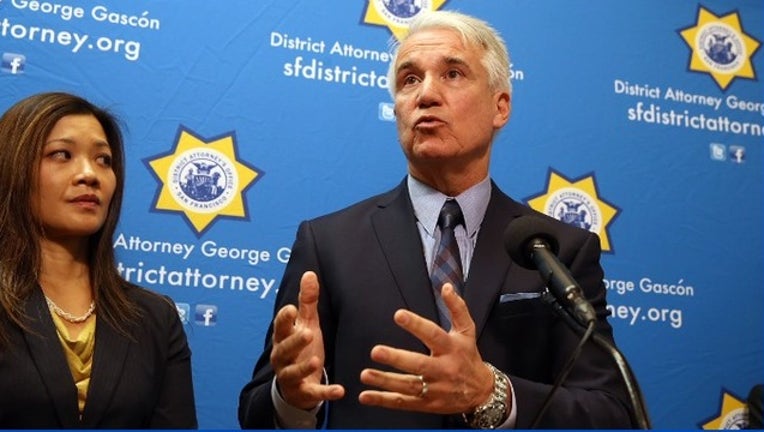 Gascon at a press conference in San Francisco with Ting said fewer than 20 percent of eligible cases are cleared and that most eligible offenders are unaware they can seal their criminal records and are "living in a paper prison."

Sex offenders and any offender who served time in prison are ineligible.

The bill introduced in the Assembly by Ting would require the state to automatically clear eligible convictions of offenders who served their sentences, including probation, and who otherwise stayed out trouble. The bill would also wipe-away many records of arrests that ended without criminal convictions.

Gascon said sealing eligible criminal records will help one-time, low-level offenders find jobs, housing and education that may be blocked by their convictions. Gascon says the proposed law would remain in law enforcement data bases, but would bar access to background check agencies and the public in general.

"It really impacts the ability for the general public to get this information...landlords, employers, schools," Gascon said. "It still allows law enforcement to have this information in case they re-offend."

Ting and Gascon said they believe the proposal is the most far-reach of its kind in the country.  Pennsylvania last year passed a similar law sealing only misdemeanors and Utah lawmakers are considering applying the concept to certain misdemeanors.

Ting said the bill would require the California Department of Justice to create a database of the millions of cases eligible for clearance and then send those cases for sealing to county courts throughout the state.

Ting and Gascon also said the bill is in keeping with California's trend of modernizing the criminal justice system by lessening penalties and closing cases to the public.

Gascon said the same, simple algorithms were used by his office to automatically wipe out 9,000 marijuana convictions eligible for sealing under California's law broadly legalizing marijuana in 2016.

"This is very low level technology," Gascon said. "It will provide relief to people who are unable to get jobs and housing."

The bill is also supported by the criminal justice activist organization Californians for Safety and Justice, which was represented by Jay Jordan at the press conference Thursday.

Jordan was convicted of robbery six years ago and listed a number of consequences he's living with because of his criminal record. He said in addition to barriers to employment, housing and financing, he and his wife can't adopt a baby because of his record.

"I pay full taxes, but I can't access full society," said organization official Jay Jordan, who was convicted of robbery six years ago. He said the bill, if passed, "will begin to chip away this big piece of an iceberg...that block people from living everyday life."