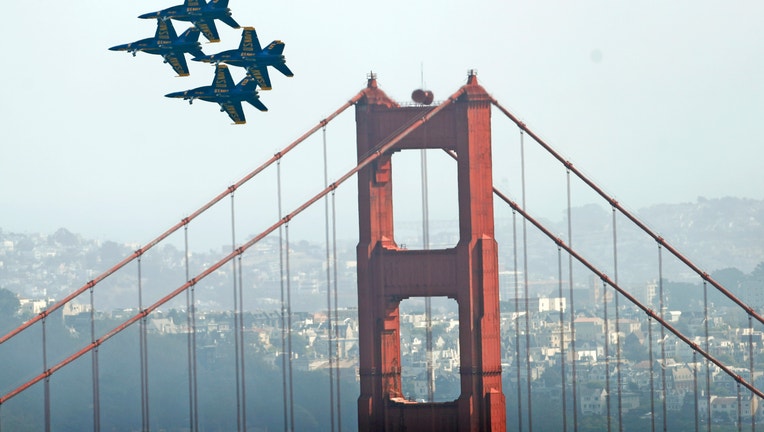 San Francisco's famed Fleet Week is back. In a matter of days, Marina Green will be transformed as the Bay Area watches five Navy ships sail into the San Francisco Bay, and planes take to the air. Activities and celebrations start up on Monday, Oct. 3 and run through Sunday, Oct. 9.

What is Fleet Week?

San Francisco Fleet Week is one of the country's largest celebrations of the U.S. armed forces. The celebration was started in 1981 by then-San Francisco Mayor, Diane Feinstein. Organizers say following the pandemic huge crowds turned out for Fleet Week last year, and they're predicting big crowds again this year.

Most official Fleet Week activities take place along The Embarcadero and Marina Greens. If you're looking for the best seating for the airshow, the Marina Green is the place to be. The Presidio Tunnel Tops, Twin Peaks, Pier 39 and Crissy Field will also provide great views. Watching the Air Show is free, but premium seating is available for purchase.

City leaders are advising visitors, as they have in years past, to use public transit and say if you must drive, be sure to not leave any valuables in your vehicle, in fact they're warning people who drive to clear any valuables out of their car even before they park, just in case burglars are watching.

Organizers say for the first time ever Navy F-35's will be at San Francisco's Fleet Week. Two of the F-35's will be on display for visitors to enjoy.

What events are happening?

The Blue Angels will put on a show in the skies between the Golden Gate Bridge and Alcatraz on  Friday, Saturday and Sunday. The U.S. Navy Blue Angels and is the only air show in the United States with a commercial airliner, the United 777, to perform a fully choreographed act.

A variety of concerts put on by the 1st Marine Division Band, Navy southwest band and others will be put on throughout the week.