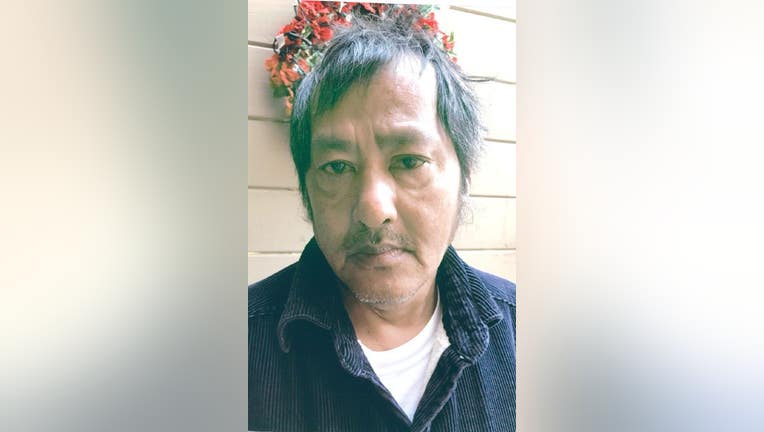 SAN FRANCISCO, Calif. - Police on Friday are seeking the public's help to locate a man who went missing earlier this week in San Francisco, last seen in the city's Outer Mission neighborhood.

According to police, 61-year-old Peter Villaruel was last seen at a home in the 700 block of Huron Avenue around 7:50 a.m. Wednesday.

Villaruel has been described as an Asian man, 5 feet 1 inch tall, weighing 135 pounds, with black hair and brown eyes. He was last seen wearing a gray jacket, gray pants and gray shoes, according to police

He suffers from a medical condition that causes him to become disoriented and requires medication, police said.