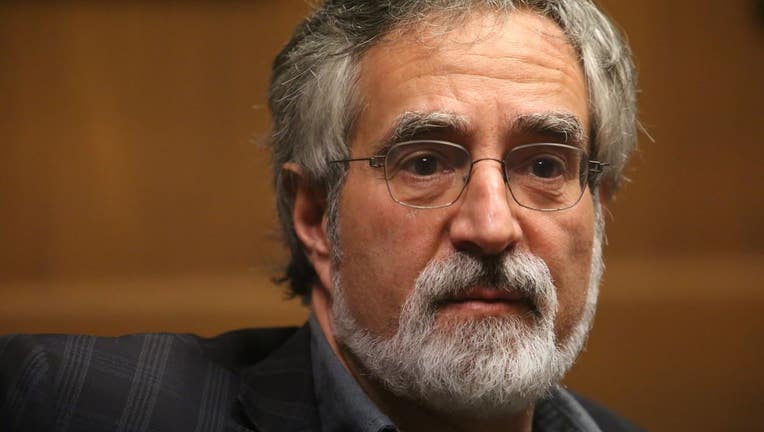 The San Francisco Board of Supervisors on Monday selected Aaron Peskin as its new board speaker following 17 rounds of voting.

The process to select a new board president in San Francisco, the American city perhaps most associated with left-wing politics, echoed the days-long saga involving politicians on the other side of the aisle in the U.S. House of Representatives last week.

The House required 15 rounds of voting among the hundreds of members of Congress and many disagreements among Republicans in the majority before Rep. Kevin McCarthy, R-Bakersfield, was finally selected for the position over the weekend.

Monday's Board of Supervisors meeting started with three other supervisors first receiving votes among the 11 members, but several rounds of voting led to the same result, with no supervisors receiving the six votes needed for a majority. Previous board president Shamann Walton had five votes, Supervisor Rafael Mandelman had four and Supervisor Connie Chan had two.

Following the 12th round of voting, Peskin nominated himself as a consensus candidate, saying he "didn't want to get to that magic 15," an apparent reference to the vote by Republicans in Congress.

Peskin also cited his experience on the board, having served as a supervisor from 2001-2009, including two terms as board president, then being elected again as supervisor in 2015 and re-elected most recently in 2020.

The 13th vote had the same 5-4-2 result as the 12th, but the logjam broke in the 14th round when Chan and Supervisor Myrna Melgar changed their vote to Peskin, who also voted for himself. After another round of voting, the 16th round saw Mandelman move from voting for himself to being the fourth vote for Peskin.

Following a short break, the supervisors returned for the 17th and final round, where Supervisors Matt Dorsey and Catherine Stefani and newly elected Supervisor Joel Engardio moved their votes to Peskin, giving him a 7-4 majority.

Dorsey said Peskin has a "remarkable ability to bring this board together" and noted it was almost 16 years to the day since he was re-elected as board president during his first tenure as supervisor.

Engardio said the city has "a massive budget deficit and a lot of hard work to do" and said he looked forward to moving past "wasting our time with this silly spinning of wheels" in the board president vote.

In remarks following his selection again to the position, which presides over all board meetings and makes appointments to board committees, among other duties, Peskin pledged to work well with his colleagues.

"Much is made in the media of the alleged toxicity in this body, but I have to say that has not been my experience," Peskin said. "We have our differences, but I have found each and every one of my colleagues, even in the heat of debate, a pleasure to work with."

He said a united front among the board in its negotiations with Mayor London Breed's office over the budget and other issues was important to him.

"It's always more difficult to be in a body" like a Board of Supervisors rather than the executive branch of the mayor's office, but "we're at our best when we negotiate well and together," Peskin said.