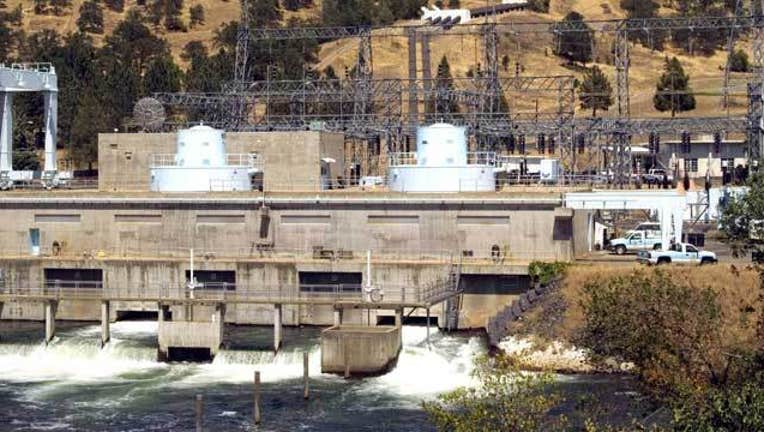 SACRAMENTO, Calif. (KTVU-AP) -- Regulators on Friday told San Francisco to stop taking some of the river water it routinely stores in the Hetch Hetchy reservoir — though it wasn't immediately clear what the practical effect would be.

The State Water Resources Control Board ordered the cutback under its latest round of notices that waterways are too dry to meet demand in the drought.

Other cutbacks have involved water districts and corporations generally spared from water cuts because of their strong rights to water.

San Francisco has numerous century-old rights to the Tuolumne River, including one established when the mayor famously nailed a notice on a tree in 1902.

Water is diverted from the river to fill the Hetch Hetchy reservoir that serves 2.5 million people in the San Francisco Bay Area. Communities can keep drawing water from the reservoir that's nearly full.

It's not clear how much water San Francisco takes from the Tuolumne River under the four rights suspended by regulators.

Under California's water rights system, the first to stake claims to water as early as Gold Rush days are among the last to face cuts.

The state has already ordered thousands of farmers and others with more recent rights to water from the Sacramento, San Joaquin and delta watersheds to stop pumping.

The board expanded its cuts earlier this month to more than 100 senior water rights holders in California's agriculture-rich Central Valley.

Some irrigation districts with those prized claims are considering defying the water board and are challenging the cuts in court, saying the agency has no power to regulate their water use.

The board has the power to levy $1,000 per-day fines for illegal diversions of water.