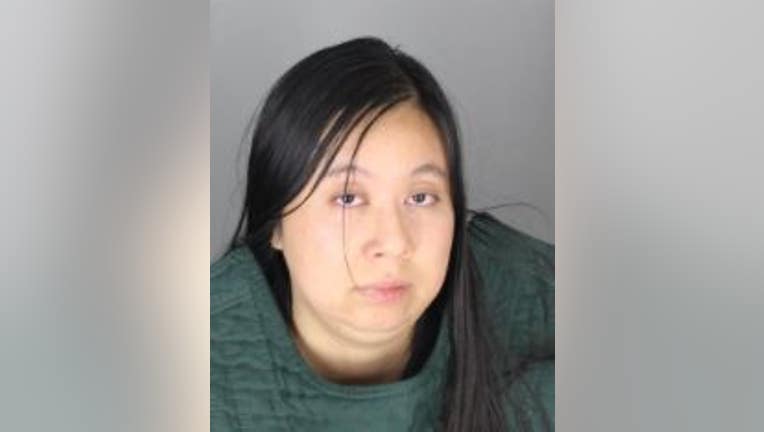 Stephanie Sin, 33, of San Francisco, was arrested after police said she met a then 14-year-old boy online and flew across the country to meet him. (FOX 2 Detroit)

Police in a Detroit suburb said they arrested a 33-year-old woman from San Francisco after she met a 15-year-old boy online, flew across the country, rented an Airbnb for a month, and sent Uber rides to pick up the teen.

Stephanie Sin was arrested by Novi Police on Sunday on one count of child sexually abusive activity and another count of using a computer to commit a crime.

Sin met the boy on an app when he was 14, Novi Police said. The conversation then moved from the app to texts and got progressively more explicit, police said.

This past weekend, police said she bought a plane ticket and rented an Airbnb in Royal Oak for a month. Police said she sent Ubers to the boy's house to pick him up to bring him to her.

According to police, this spooked the boy and he told his parents what happened. Novi Police were then contacted and they immediately moved to arrest her.

Police told FOX 2 in Detroit that Sin did not seem surprised when she was arrested and she has been cooperative.