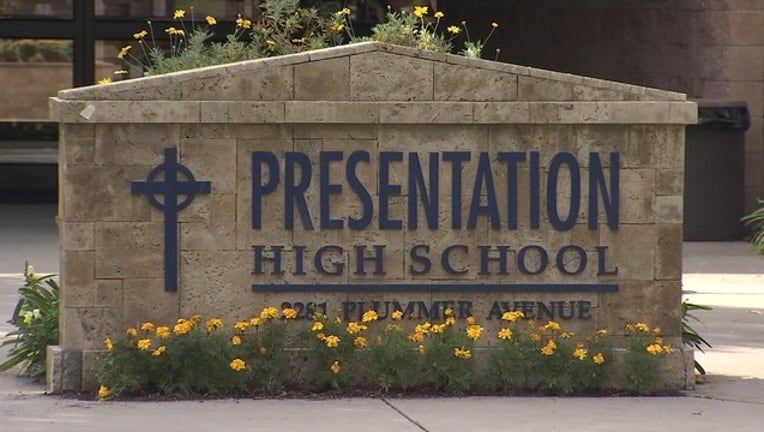 SAN JOSE, Calif. (KTVU) - Amid allegations of sexual abuse by 20 former students, Presentation High School in San Jose has appointed a committee to make recommendations on improving prevention of sexual misconduct against students.

The prestigious all-girls Catholic school will also create an independent office to listen to students and report any complaints of misconduct, harassment or bullying to authorities, a school spokesman said.

But that's not good enough for a group of former students who say the move is a public relations spin and doesn't do enough to address the root problem.

“They don’t need a special task force or independent office; they just need to follow existing mandated reporting laws,’’ said Kathryn Leehane, who says she was sexually harassed while attending the school from 1989 to 1991. “The laws are simple: If a child comes to you and says someone harassed or abused her, you pick up the phone and call the police. You don’t investigate. You don’t look for evidence. You just call the police.’’

Leehane said she reported that a teacher inappropriately touched her, kissed her hand, and showed her a pornographic picture while she was a student.

She said she told school officials about the incidents, but nothing was done. She came forward years later only after learning another student was allegedly sexually assaulted by the same teacher. Former students allege at least eight teachers and coaches are guilty of abuse – stretching back three decades.

Meanwhile, San Jose Police now say they are looking into if the school followed the law in how it handled past claims of sexual abuse and misconduct.

"They've been in contact with several victims," said attorney Robert Allard. "They are arranging for interviews with these victims."

Leehane said she is "ecstatic" about the police involvement.

"The police should have been involved for decades, however, Presentation never contacted them so they couldn't be involved," said Leehane.

A school spokesman said any report in the 55-year history of the school has always been properly reported to police or child protective services.

Presentation denies any wrongdoing and says a number of the claims coming forward now were never reported to them.

However, in creating the new oversight groups, the school also apologized if former students felt unsafe.

“As a school dedicated to the empowerment of women and committed to social justice as a core part of our mission, the accusations from past alums are not reflective of who we are. We cannot erase the feelings or change the perceptions of some. But we can learn from the opinions expressed and move forward with even greater resolve,” said Principal Mary Miller in a statement.

The school said it will also create an independent Office for the Prevention of Student Bullying, Harassment and Abuse. The office will report directly to the school’s board of directors and will complement the four existing school counselors.

Meanwhile, a group called Make Pres Safe has launched a website to hold the school accountable and allow alleged victims to tell their stories.

“The fact that the first move that this administration has made in response to this crisis was to hire a PR firm should tell you all that you need to know,’’ the statement says. “Image is everything to Presentation High School, now and then. That explains everything. The reason why this school repeatedly failed to report suspected pedophiles was because it would have harmed its image."

School principal Miller said he school has reached out to the attorney representing Make Pres Safe, to discuss the group's concerns and complaints in an "open and safe environment with a neutral facilitator.”

But so far, she said, the group has refused the invitation.

“It’s unfortunate they are unwilling to meet and talk about our differences,’’ Miller said. “ While we do not accept their claims, both sides are in agreement in educating and preventing sexual misconduct and believe an open dialog would benefit all parties.”

Leehane disputes that claim, saying the group has been trying to meet with the board of directors since November, but their lawyer refused their repeated requests.