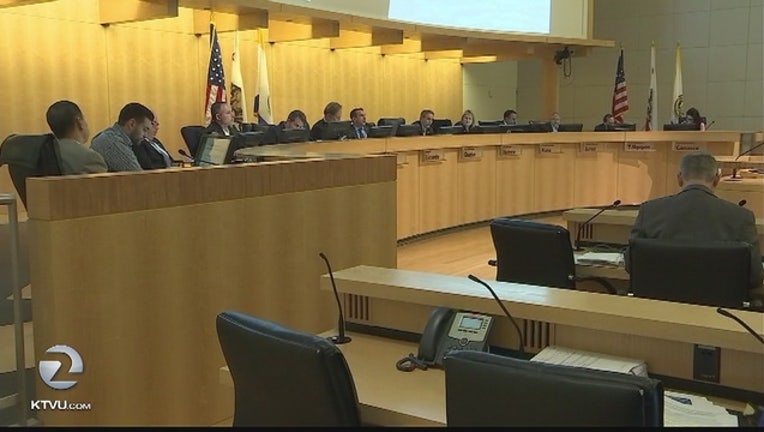 If their units return to the market within 10 years, evicted tenants have the right to return. Within five years, the rent would be set at the prior rate.

The Tenant Protection Ordinance would limit the reasons for which landlords can evict tenants, requiring them to cite a "just cause."

San Jose Housing Director Jacky Morales-Ferrand recommended the ordinances, citing in her presentation that 25 percent of San Jose renters pay over half their income in rent and that landlords win the overwhelming
majority of eviction cases in civil court.

"We don't have enough housing in the right places, at the right prices, to serve our workforce," Morales-Ferrand said.

Councilman Johnny Khamis released a memo on Friday encouraging City Council to reject the ordinances but to develop a plan to fund legal assistance for renters to report code violations and discriminatory behavior
by landlords without fear of retaliation.

"The bad actors - drug dealers, gang members, and the like, can easily game the new proposed system and live secure in their units without fear of eviction for a period of two years, while their neighbors and their
neighbors' children live with the consequences," Khamis said in a statement.

During public comment at today's city council meeting, several renters criticized the council members for dressing up in Star Trek costumes in honor of this week's Silicon Valley Comic Con and presenting a
commendation to Apple Inc. cofounder Steve Wozniak earlier at the meeting.

"I'm beginning to wonder if we watched the same show," one renter said.

Carlos Padilla, who has been a landlord in San Jose since 1999, said he opposes the ordinance because it could make evicting problem tenants more difficult, citing gunshots, drug dealing and prostitution as issues he
has dealt with in the 12 units he owns.

Chava Bustamante, an activist with Latinos United for a New America, is one of over 20 supporters of the ordinances who have been fasting since Friday.

"We have faith that we have done all we could do to raise awareness and also to help people be conscious about the impact of their vote tonight," Bustamante said.