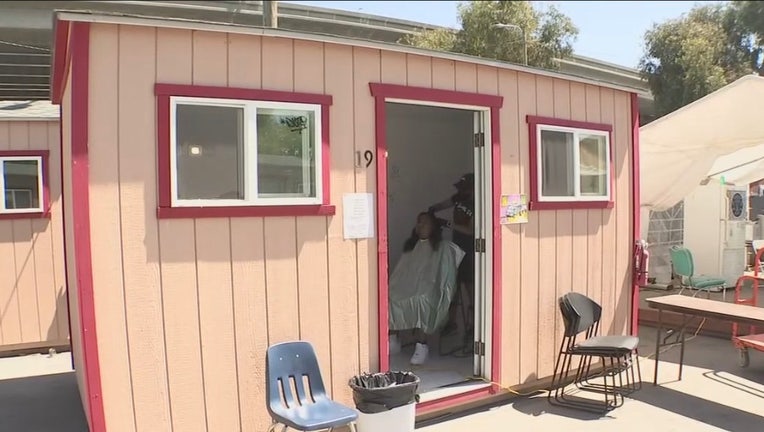 SAN JOSE, Calif. - After months of opposition, a controversial plan to build tiny homes in North San Jose has been dropped, but residents are still skeptical.

The city is not moving forward with a plan to build 100 tiny homes at the Dr. Robert Gross Groundwater Recharge Park on Noble Avenue, according to a memo issued this month from Deputy City Manager Omar Passons.

The site, which sits across the street from an elementary school and library, has been considered for homeless housing since 2015.   Nearby residents have successfully fought plans in previous years and were upset to find the city approved a tiny homes proposal in June without public hearings or community input.

"Since I voted no on June 21, I have been working to eliminate the Noble site from consideration (for interim housing)," Councilmember David Cohen, who represents the area, told San Jose Spotlight. "I'm delighted that we have succeeded."

"A lot of people just don't trust the system anymore," Kathy Sweeney, a long-time Berryessa resident, told San Jose Spotlight. "The people from the last time around (in 2015) felt like, 'well, we don't want to go through this every year.'"

With increasing homelessness, San Jose has an ambitious goal to construct 1,000 tiny homes in the next year--100 in each district. San Jose already has 397 tiny homes at five locations.

Tiny homes are much faster--and cheaper--to build compared to traditional housing.   Residents Sandra and Robert Harrison Kay said there are two things the city needs to do to win back trust from residents: permanently remove the Noble Avenue site from the list of potential sites and protect the parkland through a charter so that it becomes illegal to build houses there.

Residents have crowdsourced more than $20,000 and hired an attorney to get the parkland protected. The lawyer is expected to send a letter to the city in the next few weeks.

"We do not trust the city, but that is a normal reaction from people who are betrayed and scarred," Sandra Harrison Kay told San Jose Spotlight. "I don't understand why the city cannot just say this is a park. It is absolute silliness. There are four signs around that say 'welcome to your neighborhood park.' We have been walking on the trails for 35 years."

Passons' recommendation to not move forward on developing the Noble interim housing site will come to the city council on or before the Nov. 29 meeting. Robert, Sandra's husband, said he is incredibly frustrated with the city and its long, unclear bureaucratic process, noting this was supposed to come to council originally in October.

"This just keeps on getting pushed back, farther out. But for us, it means taking more time off from work. It's changing dinner times. We personally have changed family time to come to meetings and fight this," he told San Jose Spotlight. "This is a true, honest, loving community that just wants things done right."