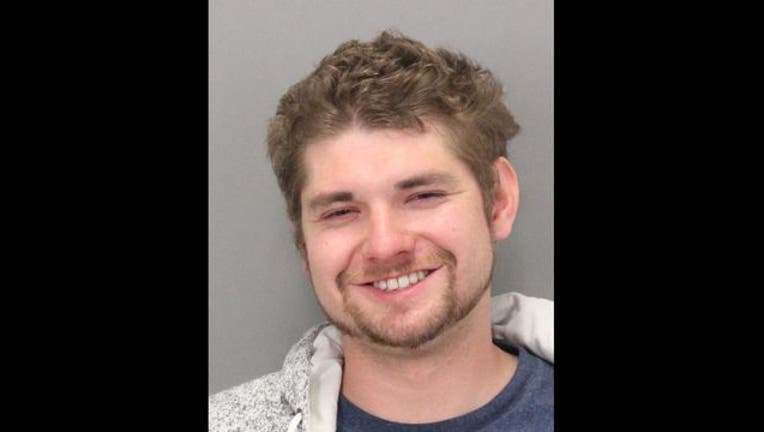 27-year-old Amir Sakaev arrested on suspicion of robbing a taxi driver with a stun gun.

At 3:05 a.m. dispatchers received a call from a taxi driver who alleged a passenger was outside the cab firing a stun gun at him as he protected himself by staying locked inside the cab on El Camino Real at Military Way.

Officers arrived and arrested 27-year-old Amir Sakaev in the 3900 block of El Camino Real and alleged they found him with a stun gun, according to police.

The taxi driver told police he picked up Sakaev in San Jose in a 2009 Ford Crown Victoria and drove him to Palo Alto. When he reached Sakaev's destination, allegedly Sakaev made no attempt to pay.

The driver got out of the cab to demand payment but allegedly Sakaev pulled out a stun gun and started firing at the man.

The gun fired an electrical arc and not probes as a Taser does, police said.

The driver ran back to his cab to protect himself and called 911 as allegedly Sakaev continued firing. Allegedly, Sakaev stopped a short time later and walked south before police arrived.

The taxi driver escaped injury, according to police.

Police booked Sakaev into the county jail on suspicion of armed robbery, being a felon in possession of a stun gun and the probation violation, police said.

Officers discovered that Sakaev was on parole for criminal threats and on probation for vandalism and violation of a court order.