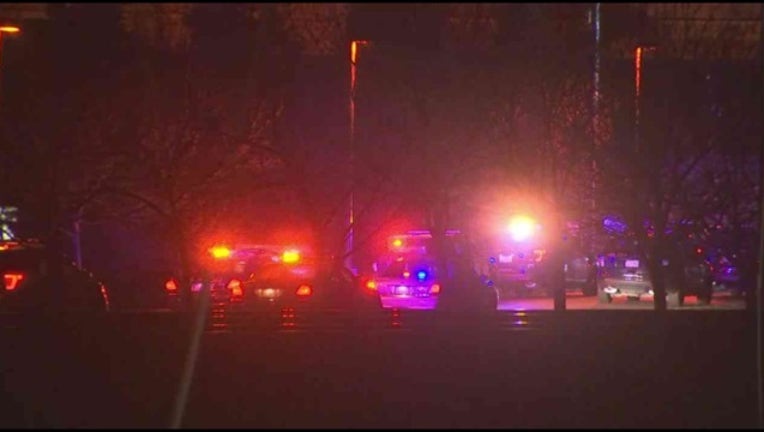 SAN JOSE, Calif. (BCN) - The San Jose Police Department has identified the two officers involved in the shooting death of a man Tuesday who reportedly charged at the officers while armed with weapons.

Officers Adam Hutson and Timothy Faye were the two officers that shot at the suspect, according to the San Jose Police Department.

Hutson has 14 years police experience, and Faye has 15 years, according to a press release sent out by the department Thursday.

Police have not released the identity of the man who was shot and killed.

On Tuesday at 5:02 p.m., officers responded to a suspicious vehicle call at Metcalf Energy Center at 1 Blanchard Road in South San Jose.

A power plant employee called police and described a suspicious man in a black Mercedes-Benz. The employee said the person had pulled something out of the trunk but they could not confirm exactly what that object was, police said.

The caller described him as an Asian man in his 20s, standing about 5 feet 6 inches tall and weighing about 145 pounds. He was wearing a black jacket, a white shirt and black pants.

Investigators believe that after the call was made, the man gained access to the property by jumping over the fence.

The employee called police back and reported the man had a backpack, a pipe and possibly an axe with him.

When officers arrived, they found the black Mercedes unoccupied and located a large sword laying in the driver's seat.

Officers ran the man's license plate, and learned of a prior incident involving the vehicle owner and the Santa Cruz County Sheriff's Office that led officers to believe the man could be "armed and dangerous."

Police said the same suspect had possibly led authorities on a pursuit in Santa Cruz County after he brandished a weapon around security guards and also possessed a sword.

The officers located the man who matched the employee's description in a matter of minutes after arriving and saw he was wielding a 6-foot pipe and an axe. They gave the suspect verbal commands to surrender or drop the weapons, but he refused to comply and walked away from the officers, police said.

Officers followed the suspect at "a safe distance" and continued to give the man verbal commands to drop his weapons, but he continued to act defiantly and yelled "shoot me" and "kill me" multiple times.

The suspect then turned around and advanced toward the officers still armed with both weapons. He continued to yell demands to shoot, Garcia said.

Officers ordered the man to drop his weapons and surrender at least 23 times during the incident, police said.

The suspect was hit at least once and was later pronounced dead at the scene.

During a search of the suspect, investigators located an additional axe, six throwing knives and pepper spray.

His name will not be released until the Santa Clara County medical examiner's office identifies him and notifies his next of kin.

The two officers involved were wearing body cameras and they were activated. The Santa Clara County District Attorney's Office now has custody of the footage.

The officers have been put on routine paid administrative leave during the investigation.

Police said the suspect had a history of numerous prior offenses, including for narcotics, weapon violations and resisting arrest. He was submitted for a 72-hour psychiatric hold this past September.

He was not on probation or parole but had three active warrants in Santa Clara County for traffic-related offenses, resisting arrest and various drug offenses.

Police do not believe the man had any ties to the power plant itself and do not know why he entered the premises. They plan on doing an extensive search into his history for clarity.

The district attorney's office and San Jose police will be doing a joint investigation into the case.