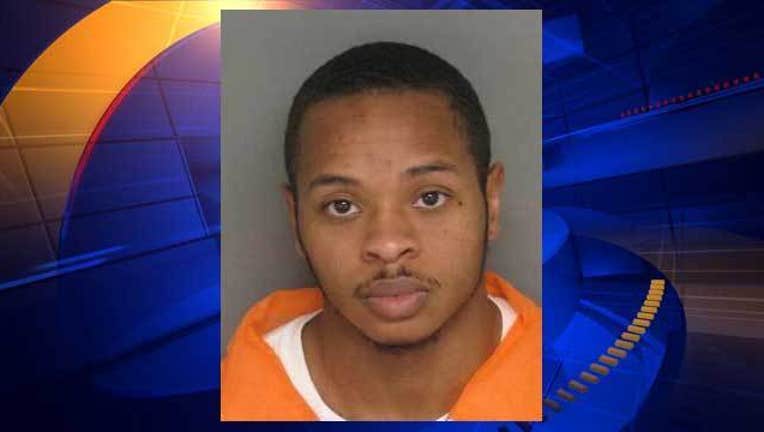 SAN JOSE, Calif. (KTVU) -- Authorities in San Jose are looking for an armed and dangerous suspect who fatally shot his girlfriend in front of their one-year-old daughter before fleeing in the vehicle the girlfriend was driving earlier this week.

On Tuesday shortly before 10 p.m., San Jose police responded to the 1300 block of South Bascom Avenue after receiving a report of a person shot and laying on the street.

When officers arrived, they found one adult female victim -- later identified as Kendra Gonzales -- suffering from at least one gunshot wound. Paramedics and San Jose Fire units attempted to render aid, but the victim was pronounced deceased at the scene.

Preliminary investigation revealed Gonzales was driving a vehicle on South Bascom when the suspect, later identified as her boyfriend Andrew "Drew" Butler, shot the victim from the passenger seat after a verbal argument.

Butler exited the vehicle and removed Gonzales' body from the driver's seat and left her on the roadway. The suspect then ordered the two passengers in the back seat to get out of the car and take the victim and suspect's one-year-old daughter with them.

Butler fled the scene in the vehicle and has not been located. The vehicle was later found unoccupied in Salinas, where authorities seized it for evidence processing.

Butler remains at large and should be considered armed and dangerous. He may be in the Sacramento area, but also has ties to Monterey County in Salinas, Marina, Seaside and Monterey.

Anyone with information about the case or the whereabouts of Butler is urged to contact Detective Sergeant Pat Guire or Detective Jason Tanner of the department's Homicide Unit. People who wish to remain anonymous may either call the Crime Stoppers Tip Line at (408) 947-STOP (7867) or go to the Silicon Valley Crime Stoppers web page.

Persons providing information leading to the arrest and conviction of the suspect may be eligible for a cash reward from the Silicon Valley Crime Stoppers.