On a memorial website, friends remembered Dowd as a graduate of St. Francis High School in Mountain View and a wonderful, caring person.

SAN JOSE, Calif. - A San Jose mother and wife has become the nation's first COVID-19 death after the Centers for Disease Control and Prevention (CDC) completed a postmortem test and determined she had the new coronavirus.

Friends said it was a shock to learn that Patricia "Trish" Dowd, 57, had the infection, with the news coming more than two months after she died at her home February 6th.

The revelation sparked a new wave of grieving for those who knew her.

Benner said he worked with Dowd at LAM research, a supplier of wafers for the semiconductor industry. Dowd's LinkedIn page shows she worked there for 27 years. Benner said she was a wonderful friend and colleague.

"Trish was warm, engaging, friendly. She was a great teammate both at LAM and even after work she was just one of those people you liked to be around," said Benner.

On a memorial website, friends remembered Dowd as a graduate of St. Francis High School in Mountain View and a wonderful, caring person.

Friends said they remember her bright smile shown in a photo posted on a Facebook page they confirm belonged to Dowd.

Family members said Dowd became sick in late January with flu-like symptoms but had seemed to get better. She died while working from home. Her daughter found her, according to the Los Angeles Times .

Dowd's death indicates the new SARS-CoV2 coronavirus was likely circulating in California in late January, about the same time as what was previously thought to be the first and only reported U.S. infection in the Seattle area on January 21st. The new coronavirus was identified in Wuhan, China in late December. 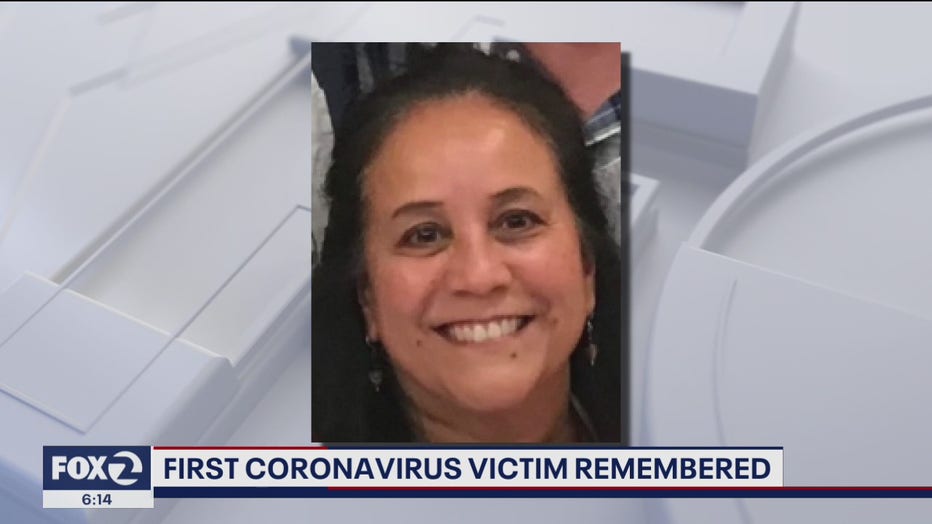 The Times reports Dowd worked as a manager for Fremont semiconductor company Lam Research. Family members told the paper she didn’t smoke, was in good health and regularly exercised. Dowd had flu-like symptoms in January but seemed to be getting better.

Co-workers told the paper Dowd even worked from home the day she died and had been in touch with them just hours before her body was found.