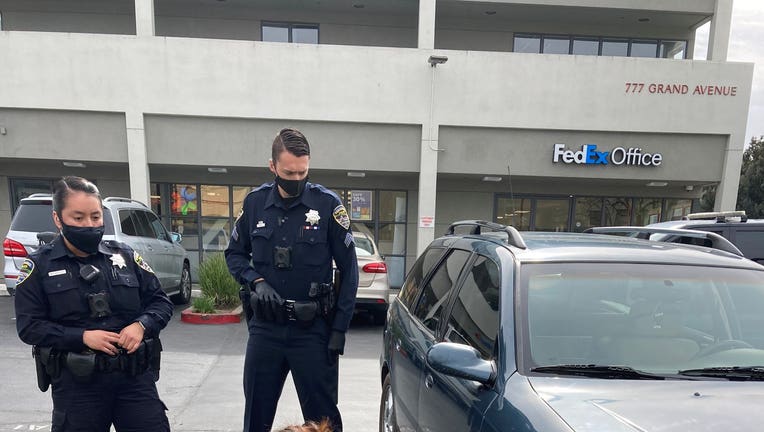 Officers with the police department's Special Operations Unit set trap by locking a "bait bike" to the railing in front of a building in the 700 block of Irwin Street.

After a while, two suspects allegedly came by to look at the bike, left the area and then came back with bolt cutters.

One suspect, 29-year-old Demetrious Holmes, was arrested after allegedly cutting the bike free from the railing and trying to ride off with it, police said.

The other suspect, 38-year-old Jasmine Butterfly, was arrested in a nearby parking lot.

Holmes was arrested on suspicion of grand theft, possession of burglary tools, conspiracy to commit a crime and a parole violation, according to police.

Butterfly was arrested on suspicion of grand theft, conspiracy to commit a crime, driving on a suspended license and felony warrants from Siskiyou and Humboldt counties, police said.