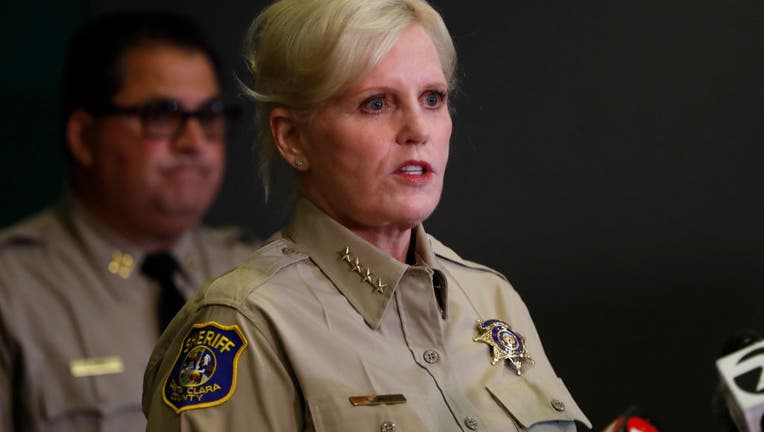 SAN JOSE, Calif. - The ongoing conflict between the Santa Clara County Board of Supervisors and its sheriff took an historic turn Tuesday.

Never before had the board taken this step of publicly saying, each of the five members have no faith in the leadership of the sitting sheriff.

He and co-sponsor Susan Ellenberg called out the six-term incumbent sheriff for multiple missteps in office the past few years. Among them, the jail beating death of inmate Michael Tyree. The permanent injuries suffered by Andy Hogan while being transported in the back of a sheriff’s vehicle. And Smith’s continued refusal to cooperate with a criminal grand jury investigation into allegations of bribery within her office.

The ongoing conflict between the Santa Clara County Board of Supervisors and its sheriff took an historic turn Tuesday. All five members voted they have no confidence in sitting Sheriff Laurie Smith.

"I think three of you know what’s happening in the real world the others want to place blame for a problem they are not addressing," said Sheriff Laurie Smith during a 10 minute-plus response to the board.

She blamed a ballooning mental health crisis that has jails serving as care centers for people in need of treatment not incarceration.

"I’m a law enforcement officer not a trained psychiatrist. Our staff does an exceptional job, not only in the jail but on the streets," said Smith.

The sheriff asked the board to take the hundreds of millions of dollars earmarked for the construction of a new jail, and to spend that money to build a state-of-the-art psychiatric hospital. She added, she continues to embrace reforms. But some experts said the tide has already turned.

"Things are moving very rapidly in a bad direction for the sheriff. But the board itself can’t directly remove here," said University of New Haven criminal justice professor Mike Lawlor.

The sheriff’s ouster could come by ballot, but it’s unclear if there’s support for another recall election.

Public comments during the 90-minute discussion were both in favor, and against, a vote of no confidence.

"We knew that enough was enough five years ago. We are well passed enough is enough," said one man via Zoom. Added another virtual attendee, "No confidence on Sheriff Laurie Smith shows me just how little you understand about jail operations and the county criminal justice system."

The sheriff’s term ends next year.

In the meantime, she and the Board of Supervisors, await results of on-going state and federal investigations.