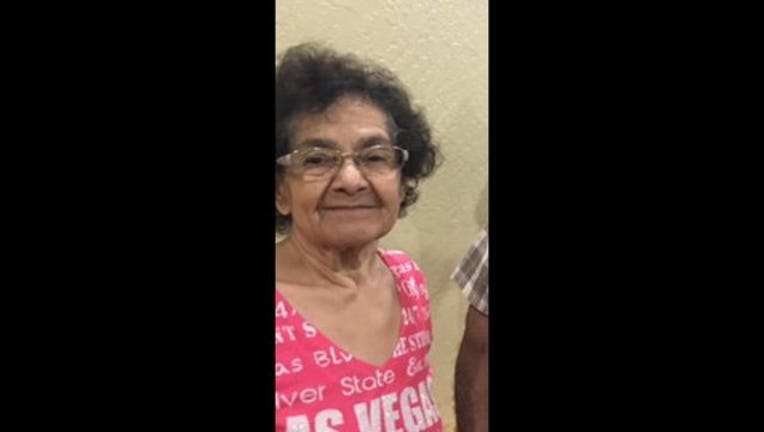 SANTA CLARA (BCN) A 65-year-old woman who was seen this afternoon has been reported missing and at-risk in Santa Clara, according to police.

Maria Elena Smith was in the 3700 block of Poinciana Drive at about 2 p.m., according to police. She walks with the assistance of a walker and has several medical issues that require medication.

Police said she was wearing brown Ugg boots when she was seen last and is about 5 feet 2 inches tall with brown eyes and black hair.

Anyone who knows about Smith's location is asked to call police at the non-emergency dispatch line, (408) 615-5580.