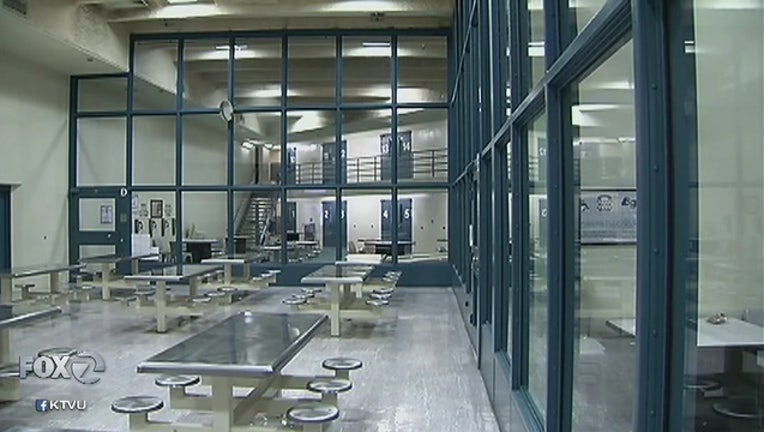 DUBLIN, Calif. - A Santa Rita inmate has died after snorting some sort of substance, which led to his medical distress, according to the Alameda County Sheriff's Office.

Sheriff's spokesman JD Nelson told KTVU on Saturday that Johnnie Leonard was brought in to jail by the California Highway Patrol on Thursday for being under the influence on a "cite and release."

While in the holding cell, Leonard was "observed laying out a line of a substance and snorting it," Nelson said.

Leonard then went into "medical distress" and was taken to Valley Care Medical where authorities say he died on Oct. 24. There were no signs of foul play, Nelson added.

Nelson referred all other questions to the Alameda County Coroner's Office. An official there said on Sunday there was a press hold on any details including what day he died and his age or city of residence.

The sheriff's office did not put out a news release on Leonard's death. KTVU called in to inquire about the death after receiving multiple tips, which were reported on Friday.

This death brings the total of Santa Rita jail death inmates to at least 42 over the last five years and at least the ninth this year. Santa Rita has the highest jail death rate per capita in the Bay Area. It's even higher than the nation's  largest jail system in Los Angeles.