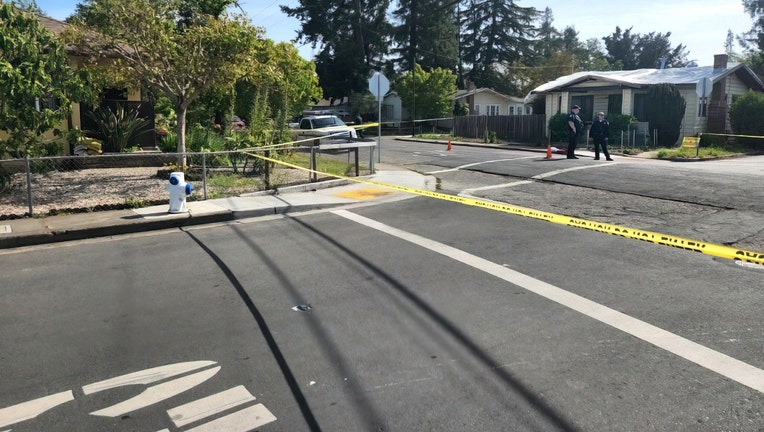 Santa Rosa Police Department officers and detectives from the SRPD Violent Crimes Team investigated a shooting at the intersection of McMinn Avenue and Sunset Avenue in Santa Rosa, Calif., on May 2, 2022. The suspect in the shooting is a 16-year-old

SANTA ROSA, Calif. - The Santa Rosa Police announced on Tuesday that the suspect they have in custody for a Monday shooting is a 16-year-old male juvenile who has been booked on suspicion of attempted murder.

On Tuesday, police said that the victim is expected to survive.

Officers responded to a call at 3:26 p.m. Monday of a shooting at the intersection of Sunset and McMinn avenues. Officers arrived and found a male who had been shot twice in his torso, police said.   The juvenile suspect was last seen running southbound on McMinn Avenue.

At 3:45 p.m., an officer made contact with a person that matched the suspect's description, police said. The suspect was arrested in the area of Gloria Drive and West Avenue.   Since the suspect is a juvenile, police are not releasing his name.

Police said the shooting is being investigated as gang-related and that the suspect and victim knew each other. Both are from Santa Rosa but did not live in the area, police said.

Anyone who witnessed the shooting is urged to contact police through the department's online tip line: www.srcity.org/CrimeTips.