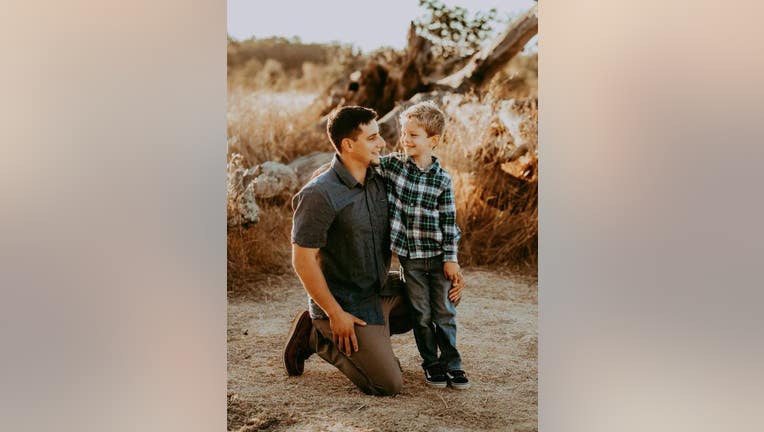 Matthew Sousa and his 7-year-old son Jason photographed in this undated photo. Sousa and his son died in a crash in Sonoma County that also claimed the life of a third person.

SANTA ROSA, Calif. - A Santa Rosa father and his 7-year-old son were among the victims killed in a crash Monday evening in rural Sonoma County, according to the victims' family. A third person also died while attempting to rescue the victims whose vehicle went down an embankment.

Matthew Sousa, 32, was driving his Jeep along a narrow road on private property in the unincorporated area of Cazadero along with his three sons ages 5, 7, and 12.

Officers said another motorist, identified by the Sonoma County Sheriff's Office as 49-year-old Justin Gregori of Sebastopool, stopped and tried to help Sousa and his three sons, but Gregori's vehicle also overturned.

According to fundraiser on behalf of Gregori's family, he and Sousa were friends.

Sousa and his 7-year-old son Jason suffered fatal injuries in the crash and died at the scene. Sousa's two other sons survived the crash and were hospitalized with minor to moderate injuries.

Gregori suffered life-threatening injuries and was taken to a local hospital where he died on Thursday, authorities said. He leaves behind a wife and two children.

Loved ones set up a GoFundMe page to support Sousa's wife Kendra and their two surviving sons, which has amassed over $98,000. A GoFundMe campaign was also launched to support the Gregori family that has raised $23,000.